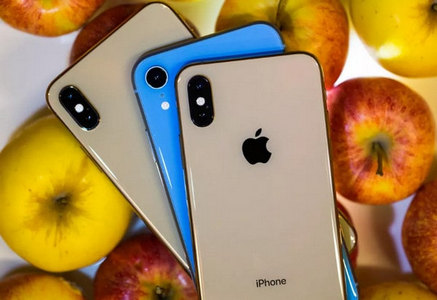 Within 24 hours of the iPhone 11 unveiling, older models could drop up to 30% in trade-in value, a report says.
Older iPhones will soon “dramatically drop” in value, according to a research report Thursday from Decluttr, a phone refurbishment service where you can trade in your old phone. Within 24 hours of the new iPhone 11 being announced, previous models could lose up to 30% of their current resale value, the company said.

Apple is set to unveil the iPhone 11 on Sept. 10 at 10 a.m. PT at the Steve Jobs Theater in Cupertino, California. The tech giant sent out invitations earlier Thursday.

Even new iPhones, however, tend to drop by around 40% in value in the first month after their launch, and then by 1% each month after that, Decluttr said.
Since launching less than a year ago, the iPhone X has lost 59% of its original value, the iPhone XS 49% and the iPhone XR 43%. Decluttr said in its 2019 phone depreciation study. At the moment, those phones are worth $482, $646 and $462, respectively, on the site.

On the Android side, Decluttr said the Samsung Galaxy S10 has already lost 57% of its value just months after launching, while the Galaxy S10 Plus has lost 52% upon trade-in. Decluttr’s findings tie in with a report in June that revealed S10 phones lost half their value in their first 30 days after launch.

The Google Pixel 3XL has depreciated by 58% six months after launching, according to Decluttr.

The depreciation in value is because of “a lack of innovation,” said Liam Howley, Decluttr’s chief marketing officer.

Tip you should notice:  Clear out the Private Data on Your iPhone 6/7/8/X/XS/XR before You Sell It

PanFone iOS Eraser would be much easier to purely refresh your iPhone or iPad with the features of iOS data erase. One of the biggest features for you today is its value in 100% clearing out the private data. It offers an option for those who might have a smaller iPhone storage and iCloud backup space. And this feature will suit you well to protect your data privacy.