You can add 3D Touch features to your old, jailbroken iPhone 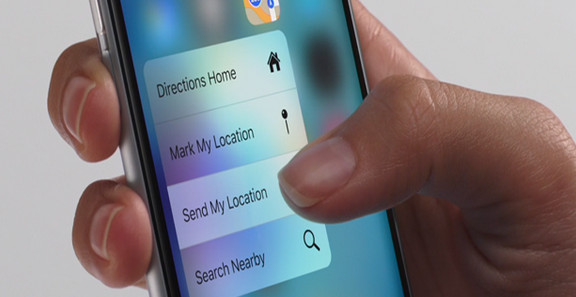 Don’t have an iPhone 6S and you want 3D touch? If you’re willing to jailbreak your phone, you can get it.

With a jailbroken phone running iOS 9, users can point themselves to the Cydia app store to download Forcy, a free app that gives non 3D Touch equipped iPhones 3D Touch capacity. Swiping on an app icon can unlock shortcuts that would need a hard press on an iPhone 6S.

3D Touch is one of the best things about the newest iPhones; it adds a new layer of interaction within the iOS interface.

Of course, not everyone wants to plonk down an armful of cash or enter a complicated contract with a cell carrier for a new phone. If you’re willing to jailbreak your phone — which isn’t something Mashable is recommending you do — Forcy will give you some of the functionality of 3D Touch.

With Forcy, you get Quick Actions for app icons on your home screen, which is a great feature, but unfortunately, that’s it. You’ll miss the haptic feedback of the 6S and you don’t get Peek & Pop preview functionality within apps. Plus, there are security risks with jailbreaking your phone.

So, it’s not great enough to render the 3D Touch-equipped iPhone 6S pointless, but if you’re willing to jailbreak your iPhone, it might be worth playing with. It’s certainly the cheapest way to get 3D Touch functionality on your phone, considering Forcy is free.

Read More:
How to Download and Play 4K Video on iPhone ?
How to Fix it When iTunes Won’t Sync With iPhone, iPad, iPod