Yahoo Messenger is back — as a messaging app 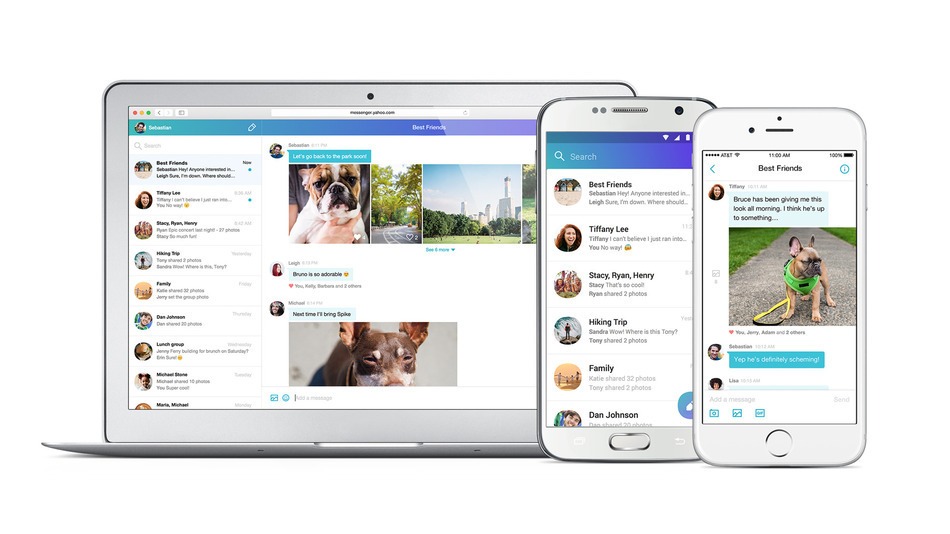 Remember Yahoo Messenger, the company’s instant messaging client that was popular in the late ’90s and early 2000s?

Yahoo is now breathing new life into Yahoo Messenger with a set of new messaging apps. The older web-based Yahoo Messenger will continue to be supported for the next couple months but will eventually be retired, the company says.

But the revamped Yahoo Messenger does have a few tricks of its own, including built-in GIF search (via Tumblr) and the ability to share large numbers of photos almost instantly, regardless of whether you’re on Wi-Fi or a data connection (via Flickr.) You can also like individual messages within a thread or unsend a message you’ve sent at any time. In addition to the iOS and Android app, the new Yahoo Messenger also has a web app and will appear within Yahoo Mail on desktop, where it will function similarly to Google Hangouts within Gmail. “We built this not just as a single app but as a platform that allows messaging to be integrated with other products in Yahoo. There are a lot of other Yahoo properties that could benefit from adding a lightweight communication layer,” he said, though he declined to name specifics.

This is Yahoo’s second standalone messaging app this year and comes on the heels of a redesigned Yahoo Mail app. Yahoo previously released Livetext, a Snapchat-like app that combines ephemeral messages and live video.

The update also marks the end of an era, of sorts, for Yahoo’s legacy instant messaging service, which was first released in 1998. The older version of Yahoo Messenger will continue in its current form for at least a couple months but will eventually be replaced completely by the new service. (Microsoft officially killed the last remnants of MSN Messenger, another once-popular instant messaging service, last year as well.)

iOSApp Manager —- Manage Apps on your iPhone Easily and Freely

How to Manage your iPhone Apps

Under My Device, click Apps tab on the left panel of this iPhone Manager.

Step 1: Click Apps tab on the left panel and the main window would display all apps installed in your iPhone or iPad.