Xiaomi’s Redmi Pro wants to make you a master photographer 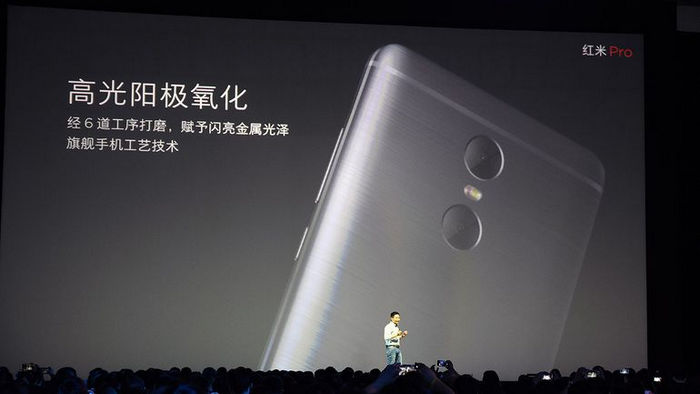 Xiaomi is saying “yes” to dual cameras. The Chinese phonemaker’s Redmi Pro uses two camera lenses on its back to take shots with Bokeh effect, that artful look that leaves some of the image in focus and beautifully blurs the rest. It’s a feature seen in Huawei’s P9, and also in 2014’s HTC One M8.

What’s interesting here is that the lenses aren’t the same. You have a 13-megapixel Sony sensor and a 5-megapixel Samsung sensor. The Redmi Pro combines image data from both cameras to let users adjust the depth of field they get, so they have a chance to play around with the amount of blur. The effect works best when shooting portraits and closeups, setups where you want the focus on what’s in front of you.

Xiaomi did not say if the dual-camera setup had other features, such as telephoto zoom or better lowlight shots, which we’ve seen on camera modules from Israeli startup Corephotonics.

True to its name, the Pro steps up the hardware specs compared with the other Redmi phones. It has a metal body, 4GB of RAM, 128GB of onboard storage and MediaTek’s Helio X25 ten-core processor. There’s 4G LTE support for two SIM cards, but you could also use one SIM card and insert a micro-SIM card. There’s a fingerprint sensor too, located below the 5.5-inch full-HD OLED display.

A basic version of the Pro will sport 3GB RAM and 32GB of onboard storage and will use the Helio X20 processor instead.

The phone is set to launch in August 6 and will retail from a ridiculously low price of 1,499 yuan (this converts to around $225, £170 and AU$300), while the highest end version goes for 1,999 yuan (about $300, £230 or AU$400). Interestingly, it will also be sold offline at retail stores as well as Xiaomi’s normal online model. While it’s only China for now, expect to see the company launch the phone in markets like India, Hong Kong and Singapore shortly after. Check back soon for our full hands-on with the Redmi Pro.

related article: How to Backup and Restore Xiaomi Mi 5?