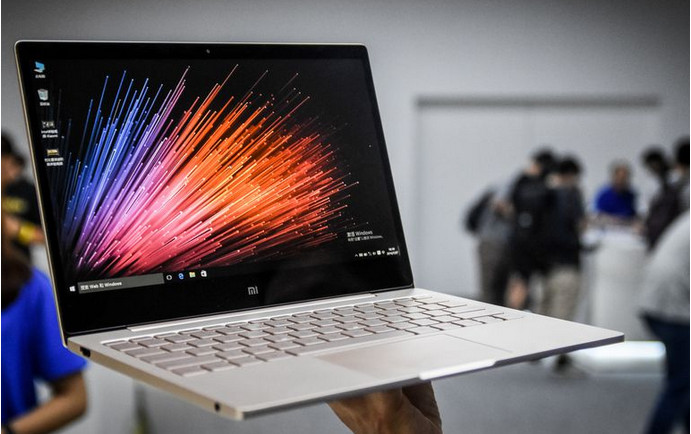 While China’s Xiaomi is best known for its budget-friendly phones, the company has recently branched out into all sorts of other tech products. From action cameras to smart weighing scales to water purifiers, the $60 billion startup has been building a diverse ecosystem around its core business.

Xiaomi’s latest product, the Mi Notebook Air, isn’t quite as novel as a hoverboard or the company’s latest drone, but it does have one thing most other ultraportable laptops lack — a discrete graphics card (discrete graphics cards are typically faster than their embedded brethren). A Nvidia GeForce 940MX, to be exact.

Other specs include a 256GB solid state drive and 8GB of RAM, and if you need more space there’s an additional SATA slot available to boost storage by up to 256GB.

Unveiled at a press event here in Beijing alongside the dual-camera wielding Redmi Pro phone, the 13.3-inch Mi Notebook Air was designed to fill a niche, Xiaomi’s CEO Lei Jun said. Similar ultraportables, such as the Razer Blade Stealth, lack discrete graphics and rely on Intel’s integrated graphics to do the legwork, which means their gaming capabilities are limited. Xiaomi says you can play games like Dota 2 at 85 frames-per-second at full-HD resolution on its Notebook Air. Xiaomi also announced a 12.5-inch version of the Mi Notebook Air that is slightly thinner and lighter at 12.9 mm and 1.07 kg (2.36 pounds). The 12.5-inch will lack discrete graphics, have only a 128GB SSD, 4GB RAM and use an Intel Core-M processor. That downgrading of specs comes with an upside, however — a battery life of 11.5 hours, 2 hours longer than the 13.3-inch model.