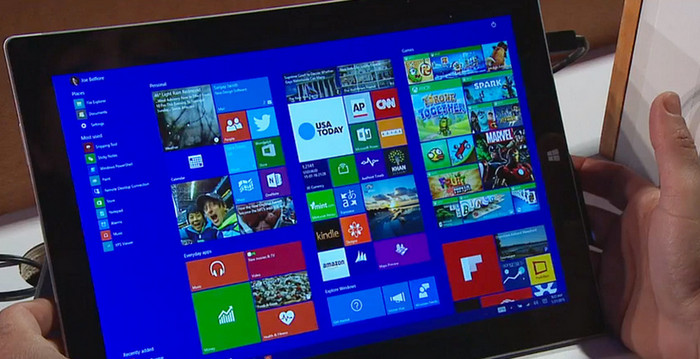 When Microsoft unveiled Windows 10 to the world back in January, it said the new version would be free. The fine print on that deal, however, has been anything but clear, with company executives twice making public promises about availability, followed by speedy backtracking.

First, there was the confusion about whether pirated copies of Windows would get the upgrade. Then a few days ago, Microsoft’s Gabe Aul said in a blog post that Windows Insiders — i.e. anyone with a Microsoft account who has downloaded a preview build of Windows 10 — would get a full, activated copy of Windows 10:

But according to The Verge, that post was amended by removing the words “and remain activated” at the end of the sentence. That removal led to a lot of confusion about whether or not Microsoft was again backpedalling on promises that Windows 10 would be free for users who have installed the preview software. Since the preview software will run on some Windows XP and Vista machines, Microsoft appeared to be cutting off hope that those users would get a free copy of Windows 10.

Now, after what is hopefully a final edit to the blog post on Monday, Aul appears to have clarified the issue once and for all. The key issue appears to be whether or not the user will continue to run Windows 10 preview software or run a genuine copy, complete with license. The bad news for XP or Vista users who thought testing Windows 10 would give them a free copy: That’s not going to happen.

The good news is anyone in the Windows Insider program (the official name for Microsoft’s public beta of Windows 10) can stay on it indefinitely. Those users will continue to get preview builds as Microsoft keeps updating Windows, including one that Aul described as “for all intents and purposes the same build as what other customers will get” on July 29, the official launch date for Windows 10.

If you want real-deal Windows 10, and don’t want to deal with all the bugs that accompany preview software, you’ll need to break down and buy a Windows license. Of course, for anyone running Windows 7, 8 or 8.1, you’re entitled to a free copy of Windows 10. Anyone else will have to pay, starting at $119.

As Aul makes completely clear, the Windows Insider program, “is not a path to attain a [Windows 10] license for Windows XP or Windows Vista systems.”

If you don’t mind running preview software in perpetuity, you won’t need that license, but there’s no backdoor — whether you’re a pirate or just someone who wants to save $100 upgrading an old PC — to a free, legit copy of Windows 10.