What to expect from Apple’s March 21 event 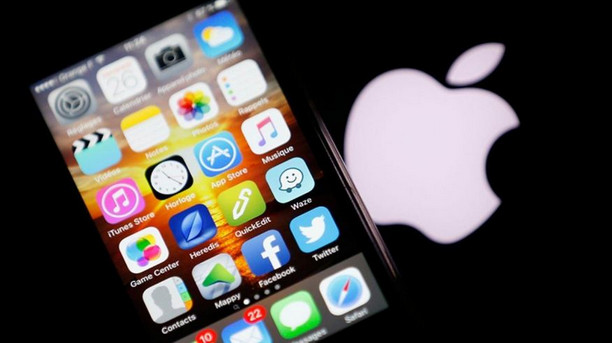 A new phone, tablet, Apple Watch accessories, and watch software should provide enough excitement to keep Apple fans happy at the company’s “let us loop you in” event on March 21.

At the top of the list for Monday’s event in Cupertino, Calif. is a small iPhone (likely a 4-inch design similar to the iPhone 5s), that’s faster and boasts a better camera than the iPhone 5s. And is cheap, at least by new-iPhone standards.

But the iPhone will hardly be the sole focus. Below are some new products and software that should also get attention, based on reports.

A new iPad: Apple hasn’t updated the venerable 9.7-inch iPad – the original size of the iPad introduced by Steve Jobs in 2010 – since October of 2014. That’s a long time. In the interim Apple released the iPad Mini 4 and the iPad Pro. While the Pro packs a lot of features that consumers want, it’s too big (at 12.9 inches) and pricey for most iPad fans, weighing in at about 1.6 pounds and starting at $800.

Enter a 9.7-inch version of the iPad Pro. With this, Apple is expected to carry over many of the features found on the giant iPad but at a lower price. Those features may include a faster chip, a Smart Connector for new keyboard accessories, and a four-speaker system. If Apple brings pricing down closer to the iPad Air series (currently the only 9.7-inch tablet offered by Apple), starting prices shouldn’t be too far north of $499. Importantly for Apple, a lower priced Pro-like tablet could rekindle broad consumer interest in the iPad, which has seen slowing sales.

Apple Watch: It’s less likely that an Apple Watch 2 will make an appearance, based on a dearth of indications from Asia-based manufacturers that would build components for a new watch. But that doesn’t rule out new software. Expect a WatchOS 2.2 update that would, among other things, allow pairing multiple watches to a single iPhone and an improved Maps app.

Related:  How to Transfer Data from Old Android Phone to a New iPhone 6s/Plus

Also expect some new watch bands, including a Black Milanese Loop band, new Sport bands, and possibly new lines of bands, according to a report at 9to5Mac.

iOS: Also of note is iOS 9.3 (though that may not warrant a mention at the event). After many beta releases of iOS 9.3, expect Apple to begin to roll out a general release of the software to the public.

Maybe, maybe not: A lot less certain is whether Apple will update its MacBook lineup at this event. Pretty much all of Apple’s marquee MacBooks are either due for an update now or during the next few months. The most radical of the MacBooks, the ultra-thin/light 12-inch MacBook, is past its one-year anniversary (it was introduced last March). So it’s ripe for a refresh. If only to update the older Intel processor used in the current first-gen MacBook. We’ll have to see if Apple has been holding imminent MacBook updates close to its vest or will wait until later in the year.