TOP 10 Most Underrated Smartphones of 2018 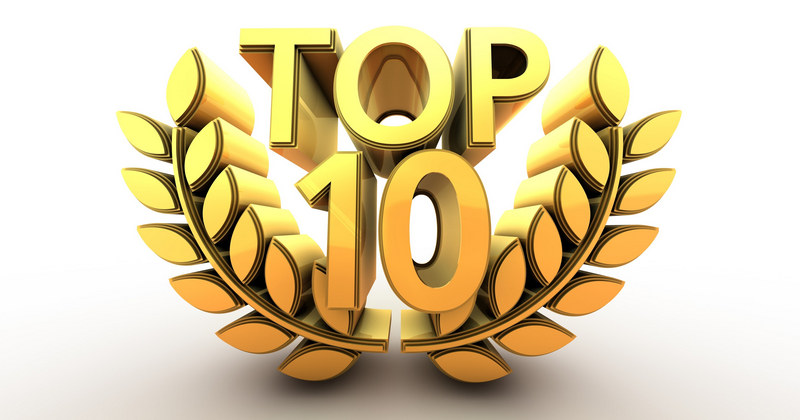 The barrage of smartphones released throughout the year can be inundating to the average consumer. The frequency is just relentless, with many of the heavy hitters announcing not just one flagship device during the year, but two! It gets overwhelming – to the point that many good devices fly under the radar after release.
Maybe their release coincided with that of an even better smartphone? Or maybe because a particular phone wasn’t deemed flagship-worthy? Whatever the reason, these are smartphones we love to classify as underrated – the ones that never generate the recognition that they truly deserve. Now that the year is at its closing, we want to recognize the chosen few that make our list of being the most underrated.

We’re kicking things off with the LG V40, the phone that packed along a whopping 5 cameras – three in the back and two in the front. LG’s V-series has always been noteworthy, establishing itself as the choice for video creators because of its rich video-centric features, and this year’s iteration is no exception!
Even though the LG V40 brought along a triple main camera system, it wasn’t the only one to offer this – nor was it the only one to offer a wide-angle front-facing camera. Contending against many other noteworthy flagships released in the fall – like the Samsung Galaxy Note 9, iPhone XS Max, Google Pixel 3 XL, and Huawei Mate 20 Pro – the LG V40 was simply forgotten. While the V40’s triple camera system isn’t necessarily a new concept, it’s still way ahead of the competition when it comes to adhering to the needs of content creators. No other phone can match the V40’s unprecedented video controls and features, and when you add in the fact that it features a premium construction, wireless charging, and even a headphone jack, it doesn’t skimp out in being a flagship-caliber smartphone.

A slew of Nokia phones were announced during Mobile World Congress earlier this year, with one of them being the Nokia 7 Plus. However, we sometimes forget about one thing when another iterative one is simultaneously announced, say the Nokia 8 Sirocco. Even though its sibling in the Nokia 8 Sirocco was prized for many reasons, the Nokia 7 Plus managed to exceed our expectations! Part of that is because of its solid value for the money.
Given that the Nokia 7 Plus didn’t get any traction or coverage in the US, mainly isolated to Europe, it makes perfect sense why it flew under the radar – more so when a lot of the attention went towards the Nokia 8 Sirocco. Despite that, it offered an incredible package consisting of an aluminum design, long battery life, stock Android, and a competitive price point of 350 euros (about $415) when it was released back in May.

Finding itself in a very similar situation to Nokia/HMD, Asus never really managed to spark substantial interest from consumers – more so in the US market than anywhere else! It’s a shame, honestly, seeing that they’ve continually pushed out affordable smartphones that manage to perform nicely. Case in point, the Asus Zenfone 5Q and its strong push as a serious contender in the photography department with its camera!
Sporting a $300 price tag out of the gates, you wouldn’t think that it’d be the kind of device that would excel in the camera department, but it does! Add to that, the Asus Zenfone 5Q features a premium glass-meets-metal design, a really good-looking display, and an excellent battery life as well. Asus’ smartphones don’t really get as much attention, which is a shame because when you factor everything the 5Q offers with its aggressive price point, it’s certainly underrated!

Sony has been going through a rocky relationship with consumers for the last several years, but through it all, they’ve been able to persevere! Lost amongst the barrage of flagships from the competition, the Sony Xperia XZ3 surprisingly steered the company in a new direction. For starters, the engineers designed what’s arguably one of the most underappreciated smartphones – one boasting striking refinements over previous iterations that made it one of the more stylish phones released this year!
Furthermore, it featured everything you want in a flagship-caliber device – like a beautiful OLED screen, powerful dual-firing speakers, a water-resistant construction, wireless charging, and 4K HDR video recording! The only thing it lacked was a dual-camera system, but it still managed to deliver good results with its single 19MP camera. And we can’t forget about its ability to shoot super slow-motion video at 960 FPS and low-light images at sensitivity of ISO 12800! It may not be a dominant force in the flagship range, but the XZ3 still deserves recognition for taking the company in a refreshingly new direction.

Another one in pretty much the same situation as Sony, Taiwanese smartphone maker HTC has lost significant market share. The last couple of years have been especially tough, but with this year’s HTC U12+, the company managed to finally get the recipe just about right – albeit, the phone couldn’t match the kind of notoriety and prestige that accompanies those from Samsung, Huawei, Apple, OnePlus, and even Xiaomi!
It seemed as though the U12+ couldn’t remove the sour taste that was left over from HTC’s previous offerings, but when you look deeper into how it featured everything we expect in a high-end flagship, paired with an even attractive $800 starting price, it was undoubtedly a high-value offering. However, it was simply overshadowed and somewhat forgotten, which is a shame because this was the best thing to come from HTC in a long while. It even featured a memorable trait with its semi-transparent glass surface, something we don’t usually see.

How much can you pack into a $250 smartphone? Well, if you were to ask the Honor 8X, it might tell you it could pack quite a convincing list! The Honor 8X, released in the fall, was chock-full of goodies for something so inexpensively priced, which could be the reason why it didn’t spark the interest of consumers to the same degree that flagship-level devices are easily able to accomplish! When a phone sells under a certain price threshold, sometimes it’s just impossible to get people to take notice of it.
Considering that the Honor 8X featured a gorgeous premium design, an edge-to-edge screen, a long-lasting battery, and even a headphone jack, it’s hard to imagine that it would be overlooked. But then again, Honor doesn’t quite have the same established reputation as some of the A-listers in the space. When it comes to budget phones, the Honor 8X sprinkles a dose of what we get in some high-end phones!

When you’re positioned as a lower-tier device in Apple’s portfolio, it’s unlikely that you’ll overthrow whatever is at the top of the food chain. However, when the iPhone XR was released in the late fall, it without question blew away the expectations. Sure, the iPhone XS and XS Max may have the beefier specs and hardware, but the iPhone XR has its own peculiar qualities that make it an underrated smartphone.
It starts with its design, which doesn’t quite have the same level of substance that we see in the iPhone XS and XS Max – giving it that reputation of being a “cheaper” version of those phones. Secondly, it only features a single rear camera as opposed to the trendier dual-camera implementation. Even the specs of the display are somewhat unsavory by today’s standard. But you know what? The iPhone XR does right in the areas in which it needs to prove itself worthy! From its eye-catchy color choices to the camera’s exceptional performance, the excellent battery life, and the same industry-leading performance of its sibling, combined with its lower $750 starting cost, the iPhone XR is a perfect example of being underrated against bigger, beefier competition.

You’re probably squinting your eyes and wondering how in the world the Moto Z3, of all devices, managed to make our underrated list. Quite simply, it was made an outcast right from the onset because even though it belonged to the brand’s flagship line, the Moto Z3 packed last year’s Snapdragon 835. In reality, the focus for the Moto Z3 was the potential of being able to experience 5G through the help of a Moto Mod.
We’ll be the first to admit that it was one of the most shocking and puzzling releases this year, but people forgot that the Moto Z3 was attached with a sub-$500 cost when it was released. Factor in its charming looks, good battery life, excellent camera, and ability to leverage an extensive portfolio of Moto Mods, the Moto Z3 undeniably provided more than what people initially discredited for not having.

It’s another case of not being in that prized flagship range that prevented the BlackBerry KEY2 LE from garnering more attention. Sure, it may have been technically a mid-range device, but the KEY2 LE was nonetheless a versatile phone. On one hand, it’s largely regarded as just a downgraded BlackBerry KEY2, but on the other, the KEY2 LE was substantially more forgiving with its price point of $450.
Even with the lower price, it was still very much as capable as the KEY2. Being one of the few QWERTY keyboard-packing smartphones in this day and age, with its focus on productivity, the KEY2 LE didn’t let up from being a great-performing smartphone with a ton of utility thrown into its package

Finally, we have our most underrated smartphone of 2018! This prestigious award goes to none other than the Huawei Mate 20, a phone that was pushed aside when the Mate 20 Pro showed us some of its special tricks. Sure, it didn’t feature an in-screen fingerprint sensor, nor reverse wireless charging, but the Mate 20 was every bit as capable as the Mate 20 Pro – with a lower price point attached to it too!
Indeed, the ~$900 cost of the Mate 20 is still pretty hefty when you think about it, but it’s still under that $1000 threshold that many of today’s ultra-premium smartphones are targeting. For a lower price than that of the Mate 20 Pro, you’re still getting the same triple camera system and processor found with the Mate 20 – while still boasting a headphone jack and the best battery life we tested out in a phone this year! It’s underrated because it’s following under the shadow of the Mate 20 Pro.