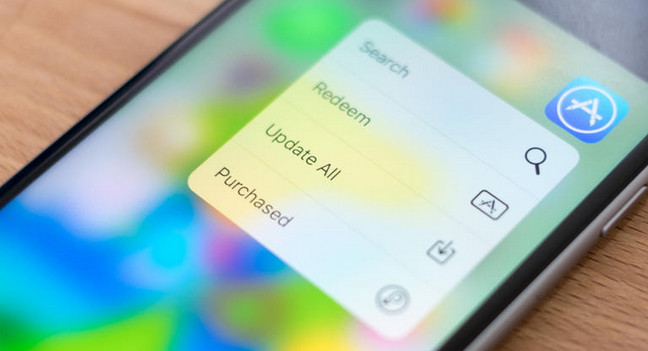 Six months after the release of the iPhone 6S and 6S Plus, I’ve yet to find a consistent use for 3D Touch. Sometimes I remember to press light enough to preview an email, or view a photo in Instagram. But the bulk of the time I tap on the screen and use my phone as I always have.

That might change, however, as I accidentally discovered the best 3D Touch use ever. As you likely know, you can press on an app’s icon to bring up a series of shortcuts to actions within the app. For example, pressing on the Messages icon will bring up three contacts you talk to frequently, along with a shortcut to composing a new message.

The next time the App Store icon has a red badge on it, which indicates multiple apps have an update, lightly press on the App Store icon, then select Update All. The App Store will launch and begin downloading all available app updates. It’s such a small shortcut, but one that I will use almost daily, and I love it.

Read Also: How to transfer data from PC to iPhone 6S/Plus
How to sync contacts from old iPhone to iPhone 6S/6S Plus