The Pixel 4’s new face unlock is probably more important than its camera. Here’s why 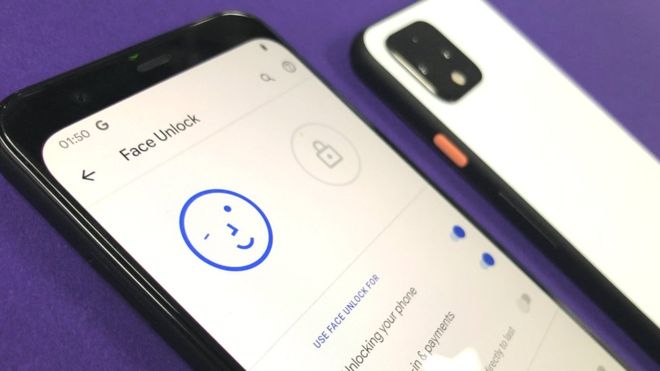 With the blink of an eye, Google’s Pixel 4 accomplishes something that no other significant Android phone-maker has. It finally caught up to iPhone’s Face ID — a biometric unlocking feature that Apple popularized two years ago — to unlock the phone and buy things with a scan of your face. Now that a secure version exists in Android phones, face unlock will be the killer feature every Android user will want.

The face unlock feature on Android phones has existed for years, but mostly as a convenience that’s been flimsy enough to fool with photos. Face ID’s more rigorous process meant it was secure enough for transactions.

Some Huawei phones, like the Huawei Mate 30 Pro, use the same technology as Apple to unlock the phone, but they don’t support mobile payments. This year, Samsung killed its iris scanning after three years. That left Apple as the only real game in town.

With consumers more aware of the value of their privacy, being able to offer secure face unlock is potentially even more convenient than scanning your fingerprint or entering a pin code. Closing the gap with Face ID also gives Google an edge over Samsung, LG, Huawei and all the rest at a time when Google can sell its phones across all major US carriers, providing an opportunity to make the Pixel, which hasn’t historically sold well, more of a household name.

But more importantly, the Pixel 4’s adoption of this secure version of face unlock could have ripple effects throughout the rest of the Android world. If Google folds the blueprint for this secure version of face unlock into the Android OS, it will all but guarantee that every midrange and premium phone will use the feature, since roughly 90% of all smartphones run on the platform.

Face scanning, along with fingerprint scanning, is one of the few biometrically secure methods of verifying your identity. On a phone, it’s meant to be a fast, convenient and mostly hands-free alternative to fingerprint readers. Using face unlock instead of a fingerprint reader can free up space on the screen and keep you from fumbling on the back or side of the phone to unlock it.

Proponents of face unlock also claim that it’s more secure than fingerprint readers and harder to fool with images and synthetic appendages, like dummy fingers. It has the power to authenticate password autofill in addition to mobile payments.

The technology works by scanning your features and creating a stored image that the phone then compares to your face whenever you attempt to unlock your device. Versions that are less secure create optical images with the camera, which are easy enough to fool with photos, masks or other spoofs.

Apple, and now Google, uses an infrared sensor to project tens of thousands of dots onto your face. This creates a 3D depth map with far more data on the length, shape, span and width of your unique features.

While the iPhone requires you to swipe up from the bottom of the screen to finish unlocking the phone (after it’s verified your identity), the Pixel 4 uses Motion Sense, a collection of motion-sensing features that are driven by radar to recognize when you’re reaching for your device. That alone will trigger the Pixel 4 to unlock the screen.

Using gestures and a glance to unlock the phone should be faster than swiping it — at least, according to Google. This is something we’ll test soon.

It isn’t clear why the Android competition has lagged so far behind when it comes to truly secure face unlock. Qualcomm bundled support for a 50,000-dot projector into its Snapdragon 845 chipset a year after the iPhone X launched in 2017, but rivals were slow to take up the technology.

Perhaps some of these device-makers lacked the technology or software teams to get the feature secure enough, or perhaps they wanted to put their own spin on the secure face unlock realm, as Google has now done.

Either way, Google’s opportunity to innovate on hardware by pairing Motion Sense gestures to the face unlock mechanism isn’t just a long-overdue way for the brand to flex its technical muscle. And it isn’t just a way for Pixel phones to race ahead. Because of Google’s considerable resources and reach, its blueprint for face unlock on Android phones has the potential to push biometrics even further into the future.