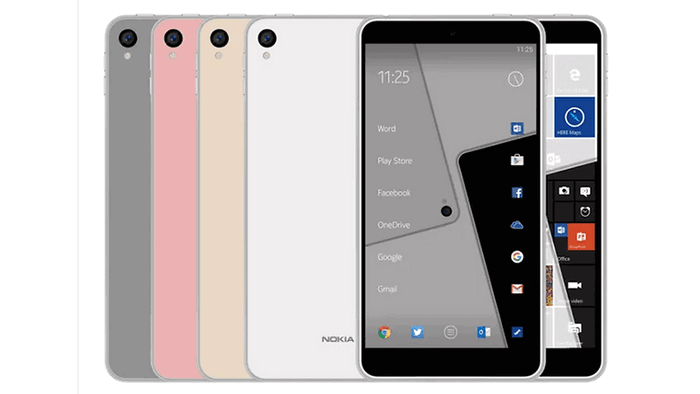 Nokia has had some ups and downs but never lost the trust of customers, instead managing to retain the reverence of a loyal band of followers. As a result of a sale by Microsoft and a subsequent deal between Nokia and HMD, we’re soon going to see the first Android Nokia smartphone, and it’s rumored to be called the Nokia C1 or Nokia P1.

The story so far

Rumors surrounding a new Nokia handset have been circulating for a few months now, and have acquired potent relevancy since Microsoft sold its feature phone assets to FIG Mobile Ltd. and HMD Global, Oy. The former is a subsidiary of Hon Hai / Foxconn Technology Group, and the latter is a newly founded Finnish company to be headed by Arto Nummela, who had previously held senior positions within Nokia.

In late May, Nokia issued a press release announcing that not only would it be returning to the smartphone arena, but that its new line of devices would come running Android.

In early July, leaked images of a device bearing Nokia branding, deemed to be the Nokia P1, appeared online, creating a lot of buzz. These images turned out to be the Sharp Aquos P1. Sharp is also owned by Foxconn, which ties it together with Nokia. Many have suggested that the Sharp Aquos P1 will be rebranded as the Nokia P1 for launch in Europe later this year, but there is no concrete evidence to back this up. A device named the Nokia C1 has been the long-running subject of rumors and leaks, and looks like a good bet, along with the Nokia P1, for the final name of the device. However, not much has been heard regarding this model in recent months.

Despite the heady announcement from Nokia, we might have to wait a little while until we see the Android Nokia make an appearance on the market. The device is strongly rumored to have been in the works for a while now, but the formal dotting and crossing on contracts is yet to be concluded with Microsoft, and Nokia has given no indication of when we can expect to see the next-generation devices arrive.

The Android Nokia’s price should be affordable

Given the tie with Foxconn, and Nokia’s popularity in the Asian and emerging markets, the price of the Nokia C1 is likely to be affordable, falling below the flagship standard of around $750. However, this is pure speculation at this point.

In the photography realm, the 5-inch C1 was said to have an 8 MP rear camera with a 5 MP front-facing selfie shooter. The 5.5-inch model, on the other hand, was pegged as having a 13 MP rear camera.

read also: How to Backup and Restore Android Device?