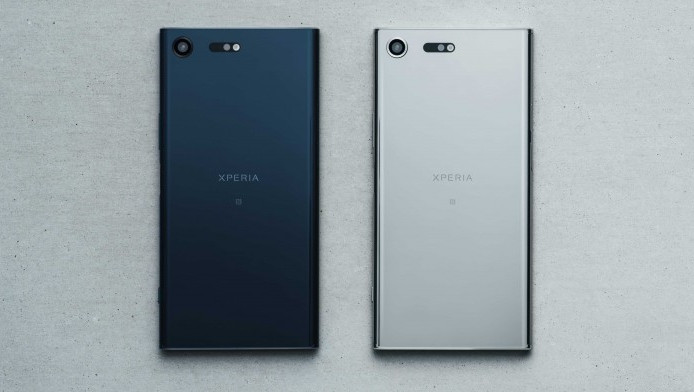 That’s what Sony calls the camera used on both the XZ Premium and XZs. Its crowning achievement is 960fps slow motion video – that allows to slow down time 4x slower than current cameraphones. It also features an “anti-distortion shutter” which minimizes rolling shutter. Both features are enabled by Sony’s unique memory-stacked sensor. The slow-mo video is captured at 720p, though, not 1080p.

The Xperia XZ Premium will be powered by a Snapdragon 835 chipset (That may be the reason behind the delayed launch). The chipset is hooked up to 4GB of RAM and will run Android 7.0.

4K screens are back, this time around with a much-improved 5.5” panel that supports HDR imagery. That’s a world first in a smartphone (but Amazon already has plenty of content you can enjoy). Besides the wider dynamic range, the new Triluminos display is 40% brightness than the Xperia Z5 Premium panel.

The Sony Xperia XZ Premium a “Glass Loop Surface” (Gorilla Glass 5, specifically) that wraps around the whole phone. The phone is waterproof (IP68) but prone to sinking – at 195g, it’s quite hefty for a 5.5” phone.

Anyway, inside the body is a 3,230mAh battery with QuickCharge 3.0 to fill it up and Qnovo tech to prolong it’s life. Charging happens over a USB-C port, by the way. The Power button will double as a fingerprint reader… though it will be disabled in some regions.

Basically, the Xperia XZs is an XZ with Motion Eye camera, which means a 5.2” 1080p screen and Snapdragon 820 chipset (but RAM was bumped up to 4GB). The camera whose name references the webcams of Vaio laptops is built around a 19MP sensor (1/2.3”) sitting behind a 25mm (equiv.) f/2.0 lens. It’s backed by Predictive and Laser autofocus, plus an RGBC-IR sensor for natural color rendering.

It can record 4K video, of course, and features SteadyShot 5-axis digital stabilization. Also, we heare that Sony has improved the Panorama mode, increasing the resolution and improving the UI. There’s more, but we’ll leave it for the hands-on – the Motion Eye camera deserves more attention! The selfie cam on both the Xperia XZs and the XZ Ultra is borrowed from the XZ – that’s the fairly impressive 13MP (1/3.06”) sensor with a 22mm wide-angle lens.

Read also: How to Backup and Restore Sony Xperia XZ?