Sony Xperia X review: a high price for the mid-range 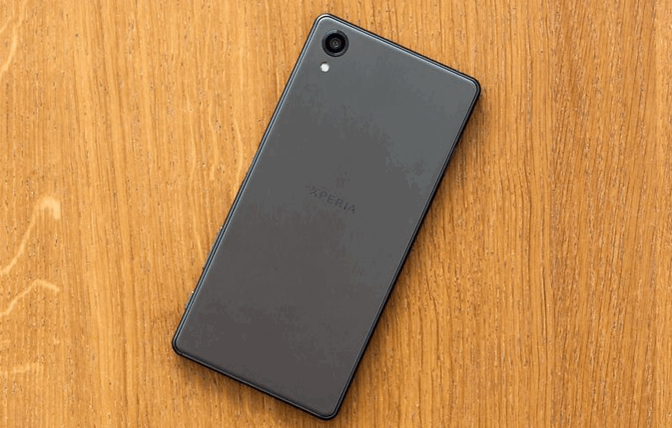 The new Sony Xperia X arrives alongside the XA and, in some countries, the X Performance, a trio that slays the storied Z series. The Xperia X is the middle child of the three new models. Its market positioning is complicated because it is more expensive than its predecessor, the Z5, but technically less lavish. Here we take a close look at the Xperia X’s strengths and weaknesses.

In Europe, the Xperia X comes with 32 GB of internal memory and in three color varieties: rose gold, white, lime gold and black. Whichever color you choose, the device comes in at 599 EUR.

It will be available from the end of May in Europe, and we’ve been in contact with Sony, who say that full details on pricing and availability in the US will be coming soon.

If your are willing to purchase without a contract, you should keep the Xperia Z5 in mind as an alternative, as it is 100 EUR cheaper, has better gaming performance and is water repellent.

The design of the Xperia X marks an improvement over its predecessors. It feels less angular than the Xperia Z5 and its glass back sees the addition of a layer of non-slip coating. Thus Sony addresses important weaknesses while maintaining the brand’s signature design aesthetic, ensuring that the device is easily recognizable. Unfortunately, Sony ditches water resistance, reserving this benefit for the beefier Xperia X Performance model.
The Xperia X maintains Sony’s well known design language, Omni-Balance. The Xperia X thus has a smooth rear with a round-edged aluminum frame. The buttons are mounted exactly where they are on the Sony Xperia Z5. The fingerprint scanner, volume rocker and physical camera button are found on the right side. While on the left side of the frame, you will find the SIM and microSD card slots. Making use of the latter, the 32 GB of internal memory can be expanded to up to 200 GB. Although little has changed, appearance-wise, on this 5-inch smartphone, the Sony Xperia X still makes a good impression.

Sony relies on a Full HD Triluminos display. Its maximum brightness is an above-average 700 candelas per square meter, so it remains readable even in bright sunlight. Automatic adjustments and optimizations provide good contrast and saturated colors. The Xperia X leaves the factory running Android 6.0.1 marshmallow. This will please many Xperia users who do not yet have the latest Android update. It also comes with Sony’s in-house UI, Xperia UI, slathered over the top. The software is loaded with several apps, many of which you probably won’t use, and none of which you can uninstall. The Xperia X is expected to see monthly security updates into 2018. Also, it is expected that the smartphone will be an early adopter of Android N. After all, Sony is one of the first OEMs to participate in the Developer Preview of the new version of Android with the Xperia Z3.

Sony’s Xperia UI provides a special phone and contacts app, a different email client, and Stamina mode, which is designed to save power. Furthermore, in the Settings menu, you will find special memory optimizations that automatically clear the app cache for you and free up space. Most of these extensions are useful; however, being able to uninstall all the pre-installed apps would be a very welcome option. The Xperia X has loud, forward-facing stereo speakers. The sound quality is good and YouTube videos and video conferences both sound clear. The included headset sounds very good, being well shielded from outside noise. Thanks to several microphones and noise suppression, calls are clear and intelligible.

The main camera of the Xperia X takes true-color, high-contrast images that look great at first glance. It also shoots above average videos thanks to reliable stabilization. In poor lighting conditions, the images may come out blurred. The selfie cam makes exceptionally detailed images, but fails in backlit surroundings. In daylight, the 23 MP main camera takes stunning images with painterly qualities. Details can become washed out, but the results, for a smartphone camera, are very strong. Videos are a highlight, as they come out very steady thanks to digital stabilization. So you can record yourself walking and the video looks like you’re travelling on rails. The selfie camera leaves a mixed impression unfortunately. Firstly, image stabilization, like that found in the HTC 10, is missing. Secondly, the 13 MP camera takes the most detailed and most saturated selfies I have seen for some time. But then it fails in backlit conditions. In Sony’s defense, I have only taken successful backlit selfies using the iPhone SE; even the highly acclaimed Galaxy S7 Edge falls short in this area. The camera app, as always with Sony, is more of a marketplace. You can add to it, with free and paid apps, things such as more camera effects. However, since the camera saps a lot of battery, we advise against the constant use of the device as a camera phone, unless you have a power bank to hand.

The battery life on the Sony Xperia X, under heavy use, is around one-and-a-half days. The average screen-on time is approximately seven hours, which is not bad, but still well below Sony’s two-day battery life claim, which is only theoretically achievable with moderate use of a weakly illuminated display.

The Sony Xperia X is equipped with a 2,620-mAh battery, which has a quick charge function. You can continue to use any Sony accessories you might have: the Xperia X is charged through a Micro-A port. In under two hours, the battery is fully charged. Using the camera app with a bright display will see the battery discharge at about the same rate.

The Sony Xperia X out of place. Its formidable predecessor, the Xperia Z5 may be disappearing from store shelves, but it remains in our memory, and it is clearly a better purchase than the Xperia X, thanks to a lower price, better performance and water-resistance. The battery is also larger on the older device, and the gaming performance is better, placing a decisive cherry atop the icing on the cake.
related article: