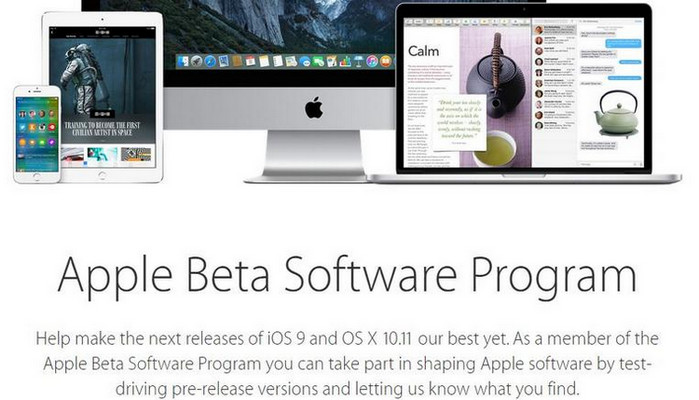 As expected at today’s Worldwide Developers Conference, Apple unveiled iOS 9. Not expected: a public beta you can test-drive as early as next month.

At last year’s WWDC, Apple offered a public beta of OS X Yosemite, but this is the first time iOS is being offered outside the developer community ahead of its official launch.

The dates for both have yet to be announced. Apple simply said “July” for the iOS beta and “this fall” for the final release. Historically, new iOS releases have arrived in mid-September.

Why the shift to a public beta for a release that makes mostly minor changes to the operating system? Simple: The more users who test iOS 9, the more data Apple can gather to help polish the final release. Microsoft, for its part, has been offering public betas of Windows 10 for months leading up to its July ship date.

Fortunately, unlike with its Yosemite beta, Apple has not specified a limit on the number of users who can sign up. Here’s how you do that:

Head to Apple’s Beta Software Program page and click the blue Sign Up button.
Sign in with your Apple ID, then read through the terms and conditions of being a beta user. When you’re done, click Accept.
Sit back and wait.
Once the beta is available, you’ll receive an email confirmation along with instructions for installing it. In the meantime, be sure to check our complete WWDC coverage — and read all about what’s coming in iOS 9.