Should You Install iOS 15 Right Away, or Wait?

iOS 15 and iPadOS 15 are available, but should you install them onto your iPhone or iPad right away, or should you wait?

This is a common question for many users, but this year leaves you with some more options if you’re not quite ready to install the latest update.

Most users who wait to install the latest system software updates are doing so for specific reasons.

Perhaps some necessary or favorite apps are not yet supporting iOS 15 or iPadOS 15, or don’t behave well with those operating systems yet.

Many users who choose to delay an install do so to avoid potential hiccups or hangups with the initial system software launches. This can come in a variety of flavors. For example, sometimes when a new major software update is announced, Apple servers get overwhelmed, which can lead to delays or failures when attempting to download or install the update. And sometimes, albeit rarely, there are major issues with system software updates, and waiting a bit can prevent a headache, as other users troubleshoot the issue so you don’t have to.

There are two approaches to waiting; waiting a few days for the initial kinks to get ironed out, or waiting until a later point release bug fix update. Either approach is valid for users who decide to wait.

Finally, some features in iOS 15 and iPadOS 15 are delayed and won’t come out with the initial release anyway. This includes support for some anticipated features like FaceTime Screen Sharing, and Universal Control for iPad and Mac (which requires MacOS Monterey, which is not due for release until later in the fall). So if you’re hoping to use those features right away, you’ll have to wait anyway.

iOS 14 continues to get security updates

What’s unique this time around is that Apple has said they will release security updates for iOS 14 and iPadOS 14.

This means users who don’t yet want to jump onto iOS 15 and iPadOS 15 can still make sure their devices are safe from major security issues, by updating to whatever the security releases for iOS 14 and iPadOS 14 end up being, perhaps versioning them as iOS 14.8.1 or similar.

So if you’re not ready to jump to iOS 15, you’ll be able to check for iOS 14 security updates when those become available.

The perk to updating right away is you get immediate access to all the new features and functionalities in iOS 15 and iPadOS 15. That means you’ll get the redesigned Safari, Safari tab groups, Notes tags, new Focus modes for Do Not Disturb, Low Power Mode for iPad, Safari Extensions support, Widgets anywhere on the iPad Home Screen, easier multitasking on iPad, along with dozens of changes to apps like Photos, Health, Music, Maps, Messages, and more. There are many little improvements and adjustments aside from the major feature changes, and it’s enjoyable to check those out and fit them into your workflow.

Many of us also like to consistently be on the latest and greatest version of system software, so updating right away just makes sense.

It’s worth pointing out that iOS 15 and iPadOS 15 are not complete overhauls of iOS/iPadOS, and instead they’re closer to refinement releases with a variety of new features. Some users may not even notice any significant changes from iOS/iPadOS 14, depending on how they use their devices anyway.

Of course if you have automatic iOS updates enabled on the iPhone or iPad, you’ll likely wake up in the morning over the next several days to the latest iOS/iPadOS 15 release installed on your device anyway.

Ultimately you should do whatever is appropriate for your situation. Whether you wait or jump ahead right away is up to you. 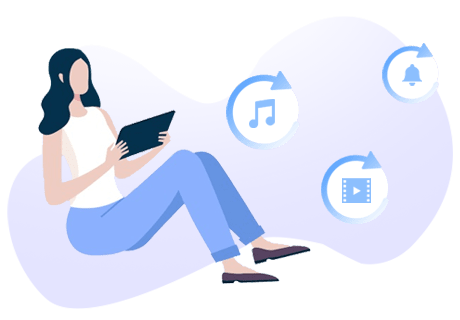