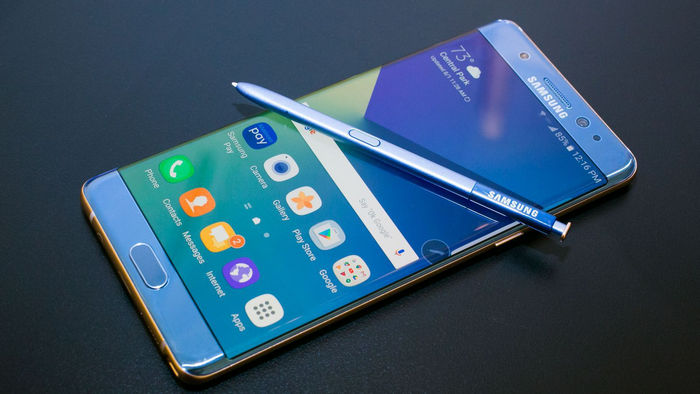 If you have a Samsung Galaxy Note 7 phone, even one of the supposedly safe replacements, turn it off. Now.

That’s the message from the US Consumer Product Safety Commission and Samsung.

“Consumers with an original Galaxy Note7 or replacement Galaxy Note7 should power down and take advantage of the remedies available,” including a refund at their place of purchase, Samsung said in a statement Monday.

It also asked “all carrier and retail partners globally to stop sales and exchanges of the Galaxy Note 7.”

The Consumer Products Safety Commission echoed Samsung’s warning. “While we continue our active investigation into reports of phones overheating and burning in multiple states, consumers should power down and stop using all Galaxy Note 7s,” CPSC Chairman Elliot Kaye said in a statement. “It is the right move for Samsung to suspend the sale and exchange of all Galaxy Note 7s.”

This is just the latest setback for Samsung. The Note 7, released in mid-August, was Samsung’s chance to take on rival Apple by offering the most advanced phone on the market to consumers looking for a premium device. The phone, with a 5.7-inch screen and priced at about $850, launched to rave reviews, weeks ahead of the iPhone 7 and Google’s Pixel phone. But Samsung recalled 2.5 million — every single handset sold (outside China) — after nearly a hundred reports of the devices catching fire.
Buyers were encouraged to exchange their phones for new Note 7 units, which Samsung promised would include a brand-new battery. About half of all Note 7 owners turned in their handsets, and about 90 percent of them opted for another Note 7, Samsung said last month.

But now the replacement phones are catching fire too, potentially spelling the end of the Note 7. Samsung hasn’t said why the updated devices might be too hot to handle or how many might be affected. But both Samsung and the US regulator are urging consumers not to take any chances. As many as five replacement Note 7s have reportedly exploded, most of them over the weekend.

Samsung said it had temporarily stopped production of the phone before today’s warning. “We remain committed to working diligently with appropriate regulatory authorities to take all necessary steps to resolve the situation,” the company said in its statement, adding that “consumers’ safety remains our top priority.”

As of Monday, all major US carriers have pulled the Galaxy Note 7 from their lineups and all have offered to replace existing Note 7 units for other phones.

If Samsung starts selling the phone again, it’s uncertain whether customers will trust it enough to buy one. The initial recall was already a blow to Samsung’s reputation, but now “the incidents with replacement devices that were supposed to have the battery issue rectified will leave a bitter taste in consumers’ mouth for longer than first anticipated,” said Carolina Milanesi, an analyst with Creative Strategies.

Read also: How to Backup and Restore Samsung Galaxy Note 7?