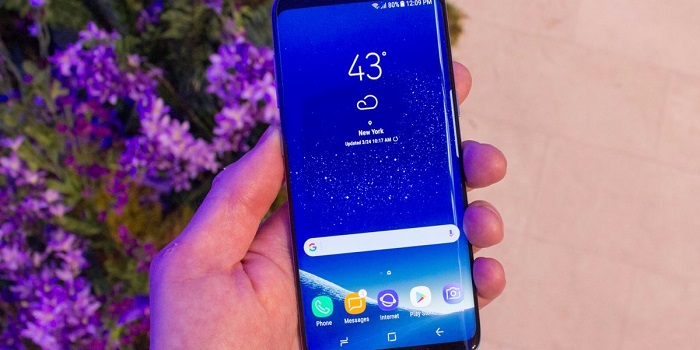 The Samsung Galaxy S9 series is all set to be announced at MWC 2018 next month. While there is no official confirmation on the design, specifications, or features from Samsung, the Internet is buzzing with rumours and leaks. Yet another such leak came in the form of design schematics. The schematic of the Galaxy S9 shows what looks like a single camera setup on the back, with a fingerprint sensor below it. The Galaxy S9+, on the other hand, appears to have a dual camera setup. A listing of cases for the Galaxy S9+ has also emerged, once again hinting at the dual camera setup.

A few images posted by Slashleaks contributor Zyad Atef on Twitter show what are supposedly schematic diagrams of the upcoming Galaxy S9 and Galaxy S9+. Talking about the rear schematic of the Galaxy S9, as we mentioned, it shows a small camera module that points towards a single lens setup. Additionally, there is apparently a fingerprint sensor under the lens.

On the right side of the camera might be where the LED flash and heart rate sensor will be housed. Moving to the rear schematic of the Galaxy S9+, most of the design is similar (to the Galaxy S9 schematic) except for the new vertical dual camera setup, which looks bigger than the one on the Galaxy S9. Both schematics are in sync with the information we have received from rumours and previous listings.

The front of both the phones looks similar with front camera, sensors, and earpiece located on top. Previous reports have claimed that the Galaxy S9 might have an iris scanner integrated into the front camera and the Galaxy S9+ might sport a separate one.

Much like earlier listings from Ghostek, PoeticCases has listed new cases for the Galaxy S9+. These listings also show renders with the rumoured dual camera setup. The cases are seen in three models – Guardian, Revolution, and Affinity. All three models show an expected pre-order date of March 1, 2018.

Press invites for the Samsung Galaxy Unpacked 2018 event have been sent out. The Galaxy S9 duo are expected to launch at this event that will be held at 10:30pm IST on February 25. A early hands-on video has also surfaced online that shows the Infinity Display on the Galaxy S9. The Galaxy S9 series is expected to retain the 18.5:9 display from last year.

Related article: How to Transfer Music from iPhone to Android