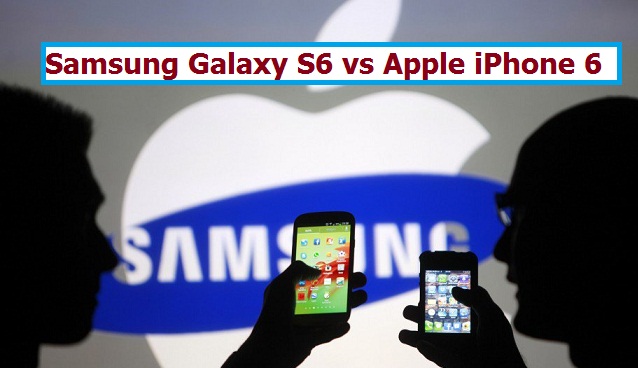 Galaxy S6 vs iPhone 6: How do they compare?

Apple’s newest release -iPhone 6 has received praises and criticism all over the Smartphone world. The iPhone 6 has stunned Apple loyalists but not so much the hard core android fans. Androiders have opted to wait until 2015 for the much awaited Samsung Galaxy S6 which is rumored to be an iPhone 6 killer with its cool features.

The South Korean tech company Samsung has hinted that the flexible display may be used for the first time ever in its Smartphone series in the Galaxy S6. After having seen the Samsung Galaxy Alpha and Galaxy Note 4, it is now widely expected that Galaxy S6 will resemble and exceed its predecessors in looks and functionality. Although Samsung has yet to offer any official details on the Samsung Galaxy S6 release date, rumor has it that Samsung will release the device during – or within weeks of – the Barcelona-based Mobile Word Congress conference between 2 and 5 March 2015.

I have put together a comparison between the iPhone 6 specs to the rumored features of the Galaxy S6 for those of you who are undecided between Samsung and the Apple Smartphone.

Considering the S5 released this year has come with water resistant coating, fingerprint scanner incorporating home button and rear-mounted heart rate sensor, you can expect the S6 to have all of this and a little extra. Although no indication on the expected price of the S6 has been made so far, we can expect it to retail for £600 and above as the S5 cost £579 on a SIM-free basis at its launch. With Samsung S5, the company created a unique segment of Smartphone altogether. And now the Galaxy S6 vs iPhone 6 is expected to come with amazing features that we just can’t wait to get our hands on. Samsung Galaxy S6 is expected to exceed iPhone 6 and iPhone 6 Plus with 20 MP rear camera and is all set to replace Galaxy S5 in early 2015, most probably in February at the IFA 2015 event and will hit store shelves the following month.Till now, there is no official information about the release date of this much awaited Smartphone.

Conclusion – Why should you buy S6?

The iPhone 6 series are a hit market wise selling more than 10 million units in just three days since it hit the shelves. It was sleeker and looked better than the usual design. The edge that Apple holds over other smart phones on the market is the brand name that Apple has managed to build over the years. But when Samsung has managed to build smart phones that offer more features for less money the trend may be expected to change. With the S6 expected to debut the market at a cheaper price than the retail price of the iPhone 6 Plus, Apple is looking at some serious drop in its market share. Based on the leaked specs and features of the S6, I think it is safe to say that the much awaitedSamsung Galaxy S6 is going to be a spotlight stealer which is all set to give Apple a run for its money.  I am pretty sure it’s well worth the wait for S-6. What do you think? Please share your experience and inputs by commenting here. If you really enjoy reading this page then you should share it with your social friends on Facebook, Twitter and Pinterest.