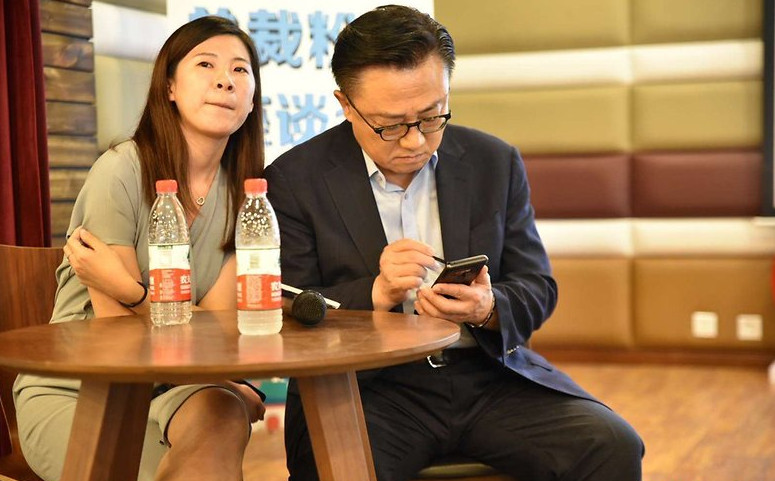 As Samsung’s August event draws near, we are continuously getting more and more leaks about the Galaxy Note 9. A fierce phablet with top-tier hardware, a big update of its proprietary S Pen, and Samsung’s sleek design language. Well… too much of the same design language.

According to reports, the Note 9 will look a lot like the Note 8, just as the Galaxy S9 looks so similar to the Galaxy S8. Samsung believes in its design enough to reiterate it confidently — super-slim bezels, curved displays, metal-and-glass construction. It surely checks all the top-tier boxes.

Samsung CEO DJ Koh was just seen at a media event where he confirmed that the Note 9’s S-Pen would offer “many new features”. We could have guessed that little factoid, so what’s the real news here? He was actually carrying the device and using the S-Pen! Someone got a shot of the scene and posted it to Weibo, later picked up by SamMobile, and we can confirm from the cutouts that it’s the actually Note 9 since it matches up with leaked renders and the fingerprint sensor is placed differently than on the Note 8.

You can follow Syncios onTwitter,Facebook for more tips and tricks.