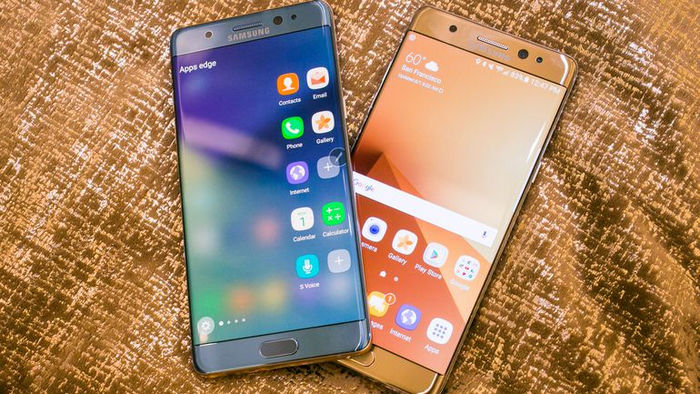 What do you get when you take the curved-screen Samsung Galaxy S7 Edge and add a stylus? The Galaxy Note 7, which Samsung unveiled today in New York.

Even with its differences, the Note 7’s wraparound screens, 12-megapixel camera, expandable storage and water-resistant coating bring it closer to the S7 series than to last year’s Note 5 (that’s right, there’s no Note 6). And that’s a good thing. The Galaxy S7 and S7 Edge are two of the year’s best phones, with excellent cameras and battery life — not a bad way to begin your pedigreed life as a phone.

From what I’ve seen so far, the Note 7 should fall in line as a terrific, high-powered device whose stylus tricks take the Note to the next level. On paper, it corrects the biggest shortfalls of the Note 5, though our forthcoming testing will confirm this. But if you already bought an S7 or S7 Edge, don’t worry — you haven’t been left behind.

So if the S7 Edge and Note 7 are almost hardware twins, who is the Note 7 for? Power users. Samsung targets people who want the phone with the most goods, and the Note’s gliding stylus and extra writing, drawing and navigation tools give it all the things.
If you already have a Note 5 and wonder if you should upgrade to the newcomer, wait for my full, rated review before buying. And if you’re not an Android disciple, keep in mind that Apple’s presumed iPhone 7 Plus (which will certainly be stylus-free) is expected to launch in just six weeks. That said, the Note 7 certainly seems like a worthy upgrade for the series, one that refines an already muscular phone and brings back some of our favorite things, like waterproofing and extra storage.

Read also: How to Backup and Restore Samsung Galaxy Note 5?