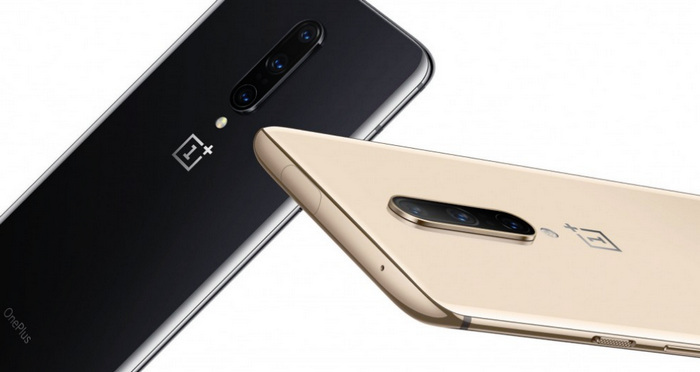 The OnePlus 7 Pro was redesigned almost from the ground up, with major improvements to the screen, camera, and audio compared to the last generation. And let’s take a look at the each aspect.

OnePlus calls it Fluid AMOLED – the new 6.67” panel with QHD+ resolution and 90Hz refresh rate. Besides the much smoother animations in the UI, the screen can also render high-quality HDR10+ colors.

You get the screen all to yourself, no need to share it with the selfie camera. The 16MP sensor is placed on a pop-up mechanism that has been tested to more than 300,000 cycles. When the accelerometer detects that you dropped the phone, the pop-up will close in a fraction of a second to protect the camera.

The OnePlus 7 Pro is armed with the company’s first triple camera on the back. The main cam uses a large 1/2” Sony IMX586 sensor with 48MP resolution (0.8µm pixels). It has a bright f/1.6 aperture, OIS and EIS. The new UltraShot feature enables HDR+ (multi-frame stacking), which OnePlus says allows the camera to capture 4 times as much light, as well as Super Resolution.

The rear camera can record 4K/60fps video. There are two slow-motion modes: 1080p/240fps and 720p/480fps. Additional camera features include a dual LED flash and laser autofocus.

The OnePlus 7 Pro is powered by the Snapdragon 855 chipset with 10-layer vapor chamber cooling. You can have up to 12GB of RAM and 256GB storage, though the base is 6/128GB. Note that we’re talking about fast UFS 3.0 storage for improved performance – a gain of 78% compared to the previous generation UFS 2.1. In fact, the OnePlus 7 Pro is the first phone to feature UFS 3.0.

The phone has a large 4,000mAh battery with the new Warp Charge 30 (5V/6A). Thanks to Warp Charge’s ability to control the temperature and the beefed up cooling on the chipset, you can game while you charge and the phone won’t heat up.

In a collaboration with Dolby, OnePlus developed stereo speakers for the 7 Pro. There’s still no 3.5mm headphone jack, but the company did unveil its next generation Bluetooth headphones (more on that in a bit).

The metal frame of the phone is sandwiched between two curved panes of Gorilla Glass 5. Three color options are available, Nebula Blue is the hero color with a subtle gradient effect and a frosted finish, the other two options are Mirror Gray and Almond (both glossy).