More than just faster: the leap from 4G to 5G will be massive

Until the introduction of LTE, the mobile phone generation with the acronym 4G, the standard was the same with every technological leap: faster and faster data. The transmission speed of the fifth generation of mobile phones is also increasing, but that is by no means all that makes 5G so important.

With LTE, transmission speeds of 500 MB/s are theoretically possible – faster than DSL or cable lines in almost every US household. Yet, in everyday life, you can be happy to reach a tenth of this speed with your smartphone. It’s still quite a lot and perfectly sufficient for most things. The average speed of broadband connection in comparison was 26 Mbps in 2018 in the United States.

5G can transfer data back and forth much faster. Speeds of up to 10 GB/s are possible, i.e. twenty times that of LTE. But that’s not the highlight!

Latency is the key that makes 5G so important. It’s in the range of less than a millisecond. This means that networks and devices communicate more directly than via an LTE network. There the latency is usually between 10 and 50 milliseconds. It doesn’t sound like much, but it is decisive and at least a factor of 10 to 50.

How quickly the network reacts is important, among other things, for the control of self-driving or heavily-supported vehicles. At a speed of 100 km/h, a car covers a distance of 27.78 meters per second – so every little bit counts in terms of reaction speed. This also applies to the control of industrial plants, robots, drones and other things, which 5G is made for. 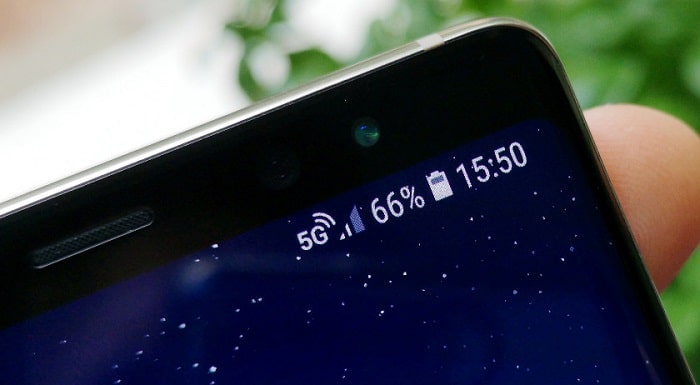 The agony of choice

Networks themselves will also become more flexible with 5G. The number of possible devices in a network will be significantly higher, which takes into account the development towards more and more networked ‘things’. Here, too, the focus is initially on industry, robots, sensors, vehicles, containers and similar things.

The 5G networks can be set up differently, depending on the desired purpose. It will hardly ever be the case that both 10 Gbit/s, mini-latencies and thousands of connected devices are supported simultaneously. However, this gives network operators the flexibility they need. The expansion of the network will be expensive enough anyway, since 5G antennas have in most cases a much lower range than the LTE networks and therefore have to be installed more frequently. But as the benefits of 5G show: It’ll be worth it in the long run.

5G is not the end of LTE

Moreover, the introduction of 5G does not mean the extinction of LTE, on the contrary. In many cases, users will not need the benefits of 5G at all, and 5G devices will automatically decide which network to use. This will also be noticeable in the battery life, as 5G will consume significantly more power than 4G in most situations.