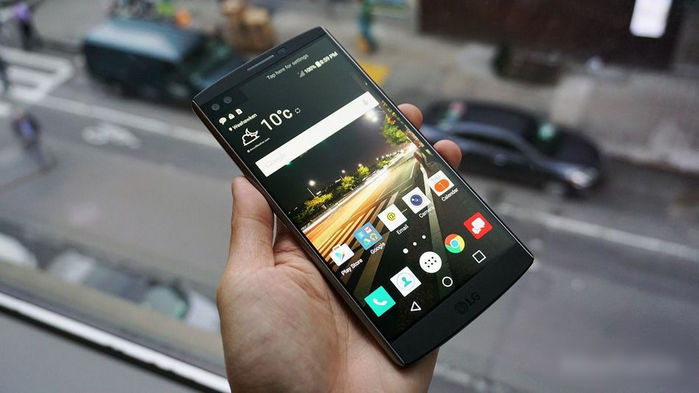 LG’s next flagship phone, the V20, will be the first smartphone in the world to launch with Android 7.0 Nougat, the next version of Google’s mobile operating system.

The V20 will succeed last year’s V10 and emphasize the “rich multimedia” experiences that the phone brought.
“The LG V20 upgrades and extends its predecessor’s cutting-edge multimedia features a step further, providing distinctive mobile experience and sets a new standard for premium phones for consumers,” said Juno Cho, president of LG Electronics and Mobile Communications Company, in a press release.

And that’s as much as we know about the phone. Way to announce pretty much nothing, LG.

LG had expected the G5, released earlier this year, would help revitalize its declining smartphone sales and generate interest in modularity. Its latest financials and executive reshuffling, however, indicate the G5 isn’t moving the needle in any meaningful way for the company.

A refocus on the V20 could give LG a much-needed boost. But burning questions remain: Will the phone have two selfie cameras like the V10? Will it also have a secondary screen on top of the main screen?

The V20 is slated for a release in Q3. It’s possible LG will announce the phone at IFA in Berlin at the end of August.

Still, the announcement marks an important moment for Android this year. It means we’re very close to the release of Nougat.
While Google is committed to security updates for its Nexus phones for three years, it’s only committing to new OS releases for phones for two years — which makes the Nexus 5 already too old to receive Nougat.

LG’s V20 needs to be awesome since the company is not expected to be working with Google to produce a Nexus phone this year. Huawei and HTC, instead, have been reportedly contracted to build this year’s Nexus phones.

read also: How to Backup and Restore LG V10 in One Click?