Is Samsung right to play it safe with the Galaxy Note 8? 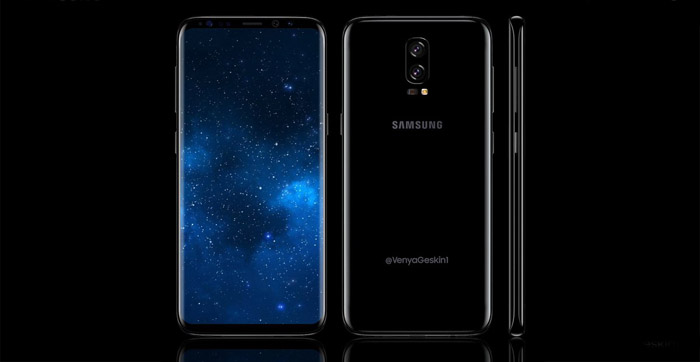 It’s arrived! The Galaxy Note 8 is finally here, marking the eagerly anticipated return of the Note series on the mobile phone market. With this model, Samsung has played the safe card and hasn’t unveiled anything immensely technical or innovative. Ultimately, this is not a surprise and is perfectly understandable, in light of the issues its predecessor encountered.

The failure of the Galaxy Note 7 (due to persistent battery problems) sent shock waves rippling across the industry and strongly shook the market leader. Samsung has since invested heavily in quality control and significantly strengthened its testing procedures to avoid further mistakes. Although Samsung’s reputation took a big hit, the firm decided not to bury its Note series and instead proposed a new one: the Galaxy Note 8.

Samsung has taken no risks with the battery of its new smartphone. Goodbye to the 3,500 mAh of the Galaxy Note 7, and hello to the Note 8’s more restrained battery of 3,300 mAh. That’s even less than the Galaxy S8+, but it’s a logical choice to keep the smartphone thin and still leave room for the S-Pen stylus. This decision may, however, annoy some Note series fans, who had preferred Samsung’s phablets because of their good battery life. But Samsung has prioritized safety of the phone this time round.

Samsung has also remained cautious in other areas. At the design level, the manufacturer played on continuity and has kept the aesthetics of the Galaxy S8. Thus, the Note 8 and S8+ look very similar. The S-Pen also hasn’t evolved much. The stylus software introduces only a few occasional (and honestly not overly exciting) novelties. Bixby is new for the Note series but the digital assistant had already been presented with the Galaxy S8 and still remains quite limited in terms of usefulness, though it can handle English voice commands now.

Nevertheless, despite its decisions, I fully sympathize with Samsung. Up until its fourth iteration, the Note series had always outshone its competitors. Its reputation was excellent, the products were well thought out, and the phablets were aimed at a public looking for powerful smartphones with a big screen and a stylus. So why take the risk of putting aside the essential qualities of the Note series in its new model to introduce new features that may not be appreciated by buyers?

One can compare this situation to the automobile world. For example, do you really expect the new Toyota Camry to be completely different from previous models? Of course, the design will be modernized and new technologies will be introduced but Toyota won’t drive away from its principles and what makes its car so successful generation after generation.

Small steps rather than a big leap forward

So it’s exactly the same principle that Samsung followed with the Galaxy Note 8. An evolution, not a revolution. In the end, it is a safe bet that the Galaxy Note 8 will be met with success. The new iPhone and Huawei Mate 10, which will be presented after IFA, will be two formidable opponents. But if Note 8 doesn’t encounter any technical issues (and here, there is zero leeway for any safety issues), Samsung won’t have anything to fear from its competitors, and perhaps the tables will even turn.