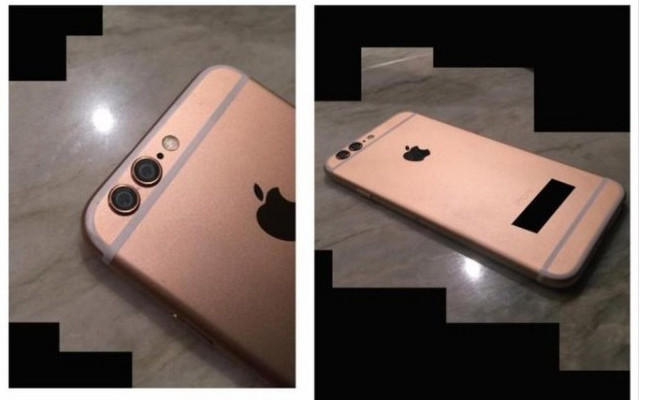 Several rumors have suggested the new iPhone 6s could incorporate the “Force Touch” capabilities first introduced with the Apple Watch, which is able to distinguish between a light tap and a harder press, enabling new gestures. Apple appears to be slowly adding Force Touch to its products, and recently, the company introduced both a 12-inch Retina MacBook and an updated 13-inch Retina MacBook Pro with Force Touch trackpads.

KGI Securities analyst Ming-Chi Kuo believes that the next-generation iPhone will have a capacitive Force Touch sensor underneath the backlight. He claims that the hardware design of the Force Touch included in the iPhone may work differently than Force Touch in the Apple Watch and 12-inch Retina MacBook.

Instead of directly detecting the pressure applied by a finger on the screen, Force Touch hardware in the iPhone might monitor the contact area where a finger presses to determine how much pressure is being applied. Some rumors have hinted that the iPhone 6s could bring Apple’s “biggest camera jump ever” in the form of a possible two-lens system that would allow Apple to offer DSLR quality images in its iPhone, but other rumors have disagreed that Apple plans to introduce a two-lens system, sticking instead with the same 8-megapixel sensor found in previous iPhones.

Reliable analyst Ming-Chi Kuo has believes the iPhone 6s and 6s Plus will gain an upgraded 12-megapixel camera, and his predictions are often correct. Separate rumors have also reiterated the claims of a megapixel increase.

LinX technology also introduces much-improved low-light photo taking capabilities, and due to depth mapping, it can even created 3D images from still photographs. It’s possible LinX’s camera technology could be used in the next-generation iPhones.

iPhone 6 rumors focused heavily on a potential sapphire display that did not materialize due to production issues, and there have already been some whispers suggesting Apple will use sapphire displays produced by Foxconn for the next-generation iPhone. No new sapphire deals have come to light, though, so it is somewhat unlikely we’ll see sapphire in the iPhone 6s.

Analyst Ming-Chi Kuo believes that Apple may use sapphire in some models of the larger iPhone 6s Plus if issues with drop tests can be worked out ahead of mass production.

There have been conflicting rumors concerning the addition of a new 4-inch iPhone 6c to Apple’s 2015 lineup. Several rumors coming out of the Asian supply chain have suggested there will be a newly designed 4-inch iPhone “6c” released in 2015, but other reports have called these rumors incorrect, including a recent note from reliable KGI securities analyst Ming-Chi Kuo. For more on the iPhone 6c rumors, check out our iPhone 6c roundup.

For the past several years, Apple’s new iPhones have been released in September, suggesting the iPhone 6s and the iPhone 6s Plus will see a debut in September of 2015. Mass production may begin in August for a mid-to-late September launch date.

There have been some rumors circulating that suggest the next-generation iPhones will debut in August and launch in September, but this would be highly unusual as Apple has never introduced an iPhone in August.