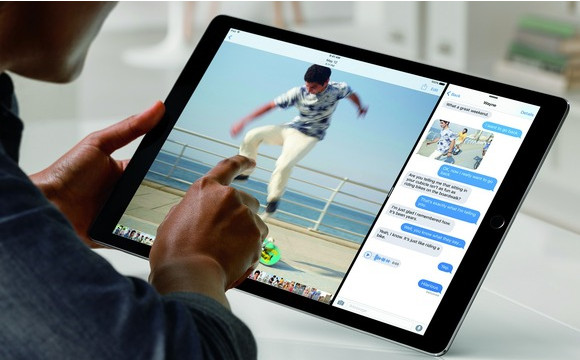 Apple has been teasing the November launch of the iPad Pro and its accessories, the Apple Pencil and Smart Keyboard, since September, but hasn’t officially narrowed down that release window. Rumor has it that Nov. 11 is the big day when the Pro goes on sale online and in stores.

According to 9to5Mac, which is usually accurate when it comes to Apple’s product launch announcements, Apple is gearing up to sell its 12.9-inch tablet on Veterans Day. No word yet on whether the company will open up preorders a week early, like it did for the latest iPhones and Apple TVs.

The iPad Pro starts at $799 for the 32GB Wi-Fi model, then hits $949 for the 128GB Wi-Fi model, and tops out at $1079 for an 128GB version with both Wi-Fi and cellular connectivity. The Apple Pencil, which is Apple’s version of a pressure-sensitive stylus, and the Smart Keyboard will be sold separately, for $99 and $169, respectively.

The iPad Pro is the reason Apple baked all of those multitasking features into iOS 9, and could lead to increased sales of the tablet line, which slid by 20 percent in the fourth quarter of 2014. We won’t have much indication of how many Pros Apple sells this holiday season until the end of January, when the company reports its first-quarter earnings.

You can follow Syncios onTwitter,Facebookfor more tips and tricks.
Recommend: keep tying to upgrade to the newest iOS 9, but fail to do this? And what makes you feel upset is that some of you iPhone data has gone. Do not worry, you can try this perfect one click iPhone data recovery tool to retrieve photos, messages as well as contacts, reminders, calendars, bookmarks, videos, notes, call history other files on your iPhone, iPad or iPod Touch. Simply download and have a try.