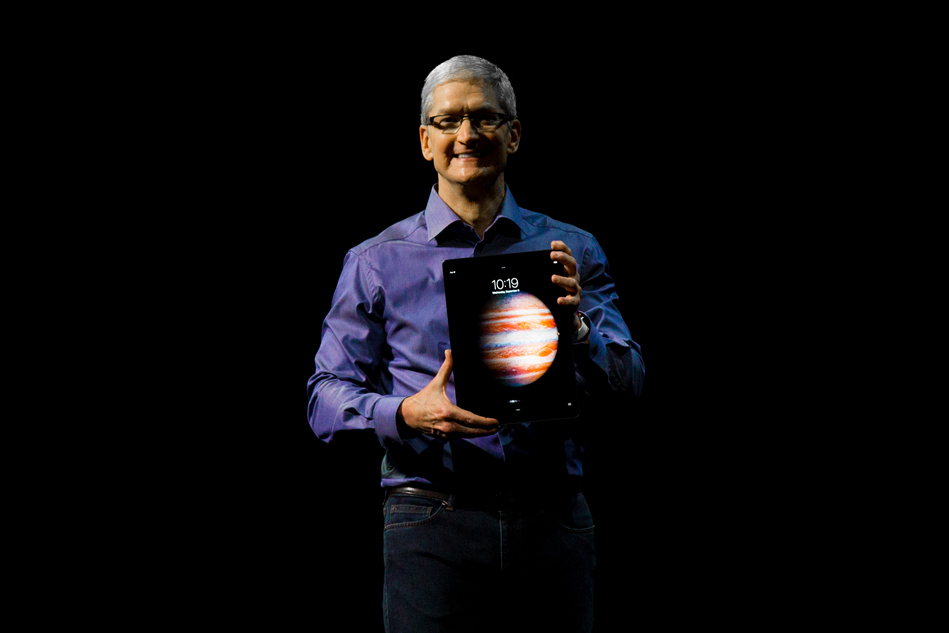 While the iPad Pro is great for certain professionals like graphic designers, it has yet to “achieve laptop-killer status,” according to CNET, which cites a lack of optimized apps and accessories (like a keyboard with a trackpad). “Right now, the iPad still can’t fully replace my laptop. And it probably can’t replace yours, either. But at times, it comes close,” CNET said.

It’s more powerful and versatile than traditional tablets, with a host of new features that makes it an excellent tool if you’re using it for work – and for play.

All these new features mean there’s a bit of a learning curve when you pick up the iPad Pro, so we’ve got some essential tips and tricks to help you get started.

Multi-task on the iPad Pro with split view Split screen mode was ushered in with iOS 9 and while newer iPads that run the software can make use of the feature, it really shines on the iPad Pro thanks to the increased screen size and powerful innards of the new tablet.

The split view opens up two apps side by side and runs them at the same time, which makes working on the iPad Pro better than ever.

To use split view mode, place your finger on the right edge of the iPad Pro screen and swipe left. This opens up the slide over sidebar (more on that later). A small line – known as the grabber – appears on the left-hand side of the sidebar. Tap this and the second app will enlarge to take up half the iPad Pro’s screen, while your primary app will shrink to accommodate the second app.

Multi-task on the iPad Pro with slide over views By sliding in a split screen view you can quickly check a second app without having to move away from the app you were originally using.

To enter this mode press a finger on the right edge of the iPad Pro screen and then swipe your finger to the left – this will bring up the slide over sidebar.

You can choose which app is shown in this sidebar by swiping down to scroll through a list of apps – just tap the icon of the app you want to use. A special preview view of the app you’ve chosen will appear in the sidebar.

To close the sidebar place your finger on it and swipe to the right. You can also tap anywhere on the screen outside of the sidebar to close it.

Picture-in-picture (PiP) isn’t a new concept. It’s existed for television and computer displays for years. Traditionally, the idea was that you could watch more than one thing at the same time. So, for example, having the channel showing the baseball game on your TV, full screen, and the channel playing the football game in a smaller window in one of the corners. With PiP on the iPad, the idea is that you can watch a video while doing something else at the same time.

Developers need to enable PiP support in their apps or web services in order for it to work. If you don’t see the PiP button on your favorite app or web site, let the developer know you want it. Open up the Notifications shade (by swiping down from the top of the screen), and activate the battery widget (which should be on by default) to see the power status of the Apple Pencil, iWatch and any other connected accessories like Bluetooth headphones.

Here’s a neat little feature you might have missed: the improved audio system in the iPad Pro not only uses four speakers that can be cranked up three times louder than the max volume of an iPad Air, but as Apple puts it, the Pro “automatically adjusts the orientation of the high frequencies according to how you’re holding it.”