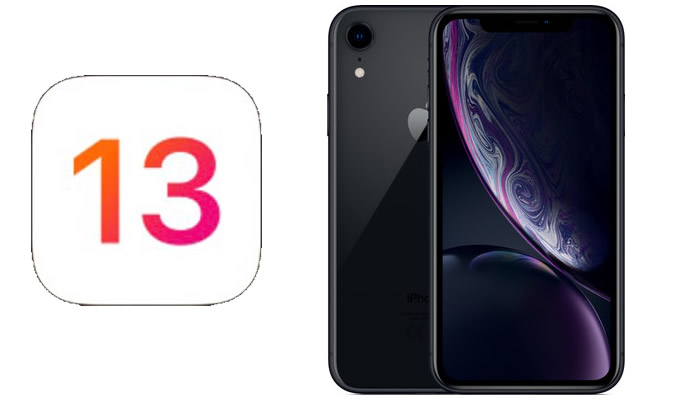 Every year, just after the latest major version of iOS goes public, something else happens deep inside Apple: In addition to any features that simply couldn’t be completed in time, or had to be pushed back for any reason, along with all the new features marketing thinks are essential to keep selling iPhones and iPads, and all the features engineers are pitching as transformative or just plain awesome get put in a big pile. And then they’re sorted through, prioritized, approved, and rejected, until it starts to take shape: The next major version of iOS.

And then it’s second cup of coffee to the right and straight ahead to the WWDC keynote, Craig Federighi on stage showing off the biggest new tentpole features, and the first developer beta.

That’s what’s happening inside Apple right now: iOS Lucky Number 13 is being readied for its big June 3, 2019 debut and mid-September release. And thanks to Gui Rambo, we have our first major glimpse at what several of its big new features are going to be.

Last year, well before WWDC 2018, word got out that some of the features originally planned for iOS 12 were being pushed back to free up time for a performance update, something to make older iPhones and iPads run like they were young again.

Features getting delayed isn’t uncommon. Having everything ready for the big fall release, which typically includes new iPhones, Apple Watches, iOS, watchOS, tvOS, and macOS, at the very least, isn’t like shooting an arrow at a bullseye. It’s like shooting arrows at other arrows that then all have to hit that same bullseye.

So, some planned features aren’t ready in time and don’t get announced, or get folded into future betas or releases, or are announced, either for a future beta or release, or are so compelling they get shown off anyway with the firm belief they’ll be made ready in time for the fall, and with the new, added risk of a public delay.

But several big new features being preemptively delayed to make room for something else was unprecedented. But also showed just how important Apple felt the performance improvements were: The best and the brightest engineers, the ones typically assigned to build the big new features, were instead assigned to making the underpinnings work much better and much faster.

Back in 2013, Apple released iOS 7, their first major software redesign for iPhone and iPad. And it was bright. And white. So very bright and white that many of us hoped immediately for a dark mode. Something to make it the opposite of bright and white, especially at night.

But it sounds like the half a decade plus of trolling is, at last, behind us, and performance improvements done, the design evolution is continuing, and this year we’ll actually be getting dark mode for iPhone and iPad.

It probably won’t be the more ambitious ThemeKit I’ve had on my wishlist for a while, the frameworks that would make it easier for the system and apps to offer not just dark and bright modes but low and high contrast, cool and warm colors, neon or pastel, and much more customization than is currently possible.

So, my question is: how easy will it be to switch back and forth. Because, as much as everybody always wants to dark mode all the things, dark modes can be as oppressive as they are impressive, and it’s important to be able to easily go from bright as day to black as night.

My other big visual wishlist item for iOS 13 was FontKit. One look at Adobe Photoshop for iOS and it was impossible to see, more than a decade later, the absence of anything even resembling font handling — from the company that made their Mac name on typography, no less — as a glaring, gaping omission.

Management is going to be implemented in a Settings panel. There’ll be a new Font Picker controller so you can get your styles on inside text fields, and an alert if you download a document but don’t have the fonts installed to go with it.

I’m not sure how much space fonts will take up given the size of modern iOS device storage, but for people who either have the smallest amount or have filled up even the largest already, some kind of on-demand resource management, where newer, more frequently used fonts are kept local and available and older, infrequently used fonts are kept online until needed, would be interesting to see.

A new home screen design seems to get rumored every year, even though the iPhone’s springboard layout has been essentially unchanged since launch in 2007. It’s gotten multiple screens, the minus one screen, spotlight search, and other additions, but no major alterations.

There were yet more rumors of redesign last year but it reportedly got pushed back to free up time for the performance updates. It was also unclear if it was an iPad-specific redesign or one that touch both iPhone and iPad.

Nerds want something that’ll take better advantage of the bigger screens or allow for almost complete customization. Mainstream want you to leave their icons alone and not confuse them or they’ll come for you. And cut you.

Widgets are better off remaining on the minus one screen, because the home screen, name aside, is a portal not a dwelling. But, there’s a lot Apple could do with allowing different content types, like contacts with 3D Touch contextual shortcuts, and having a space for Siri suggested apps, something that would allow for object permanence for the apps we always want to be able to launch like muscle memory and dynamism for the apps we only want when we want them.

The Mac is all about multi-window workflows. Until a few years ago, though, you couldn’t even stack two iPad apps side-by-side. Hell, you still can’t even do that on even the biggest iPhones. Now, in addition to side-by-side, swipe over apps, and picture-in-picture, we have drag-and-drop.

What we don’t have is multi-window, side-by-side in Safari aside, within apps. Two Notes windows open at once, for example, or two conversations in Messages or Mail.

According to Gui, iOS 13 is going to fix a lot of that. At least for iPad. Apps will get multi-window support. Sounds like side-by-side, maybe even tabbed, because there’ll be lighter and darker options, so hopefully we’ll actually know which windows is, you know, active at any given time. Something that’s been inexplicably lacking from iPad multi-window so far.

That’s a lot of visual and spatial data to parse at a glance, depth effects or no, but I’m really interested to see how the human interface team envisions it all looking and working.

Back in iOS 4, at least in beta, we got the four finger gestures on iPad for closing and switching apps. iPhone X brought us an almost full on gesture navigation system. iPad… has gone through a couple of different versions over the last couple of awkward teenage years.

The trouble with gestures is that there are only a few really basic ones you can do, like swipe up or swipe down, and overloading those with multiple options based on where exactly you started and stopped the swipe, or how many fingers you used, can lead to collision and confusion. Likewise, making complex gestures becomes like spell casting, where you have to remember which shape you draw leads to which fireball, sorry, which editing task, being invoked.

That said, gestures are the keyboard shortcuts of multitouch, and there’s room for just a few more, still simple, but specific ones to help speed up the interface.

Trackpad mode, where you currently touch and hold the virtual space bar for a long moment, is one example. A universal undo, one that doesn’t require you to just shake-shake-shake it off — the entire device off — is another.

It also sounds like we’ll be getting multi-select support not just for icons and draggable items, the kind that currently exists in iOS, but for items in list and collection views as well. I’ve wanted lasso select for Apple Pencil for a while but getting it for fingers as well is even more ideal. Idealer?

I’ll have to see the mechanics in action, because multitouch multi-select can be a little tricky depending on digit dexterity and eye-hand coordination, but my hope level is high.

According to Gui, in a separate article on 9to5Mac, Find my iPhone and Find my Friends are merging and, what’s more, adding the option to find other things connected to small, Tile-like beacons from Apple.

It feels like Apple has been working on an improved Mail app for half a decade or more. Whether this is that remains to be seen but some of the ideas sound similar. Given the advances in machine learning, I’m all for all apps doing more of the drudge work and heavy lifting for me, all the time. Sorting is one of the main ones. Just build a model based on Merlin Mann, the entire team at Omni, and the other high-order organizers, and let the world reap the benefits.

Gui says our messages will be smart-sorted into marketing, purchases, travel, “not important” and more, with the categories being searchable. And that we can add them to a read-later queue.

I’m still wishing for that universal queue where anything I save in News and now News+, and anything I add to Safari Reading list, and sure, now in Mail, all ends up in the same place so I can just read through it at any time, for anywhere.

Also, automatic desktop mode for Safari, because sites like Reddit and YouTube giving you the tiny, iPhone optimized version on the giant iPad screen should be subject to summary de-resolution. And if their developers don’t care enough about the simple usability of their sites to code the detection better, at least the Safari team can help us impose our wills upon them.

Gui mentioned some other stuff as well, like collaboration features that would make it easier for developers to add iWork-style real-time sharing to their own apps.

A new design for the volume indicator that doesn’t overlay and occlude so much of the screen so damn always. Also, a new way to target external displays from the Mac, including iPads.

And, of course, with Marzipan bringing UIKit apps — iOS apps — to the Mac, and going into developer preview, there could be some cool stuff for all platforms added all up in there as well.

We’ll probably have to wait until the iPhone 11 event in the fall to see the new camera features, but we could also get some new photos magic, and there could also be some more CarPlay updates, and some losses — will any more older devices finally fall off the update train?

We’ll only know for sure when Craig Federighi finishes his presentation and Tim Cook comes back up on stage.