iOS 13: Every new feature you need to know about now 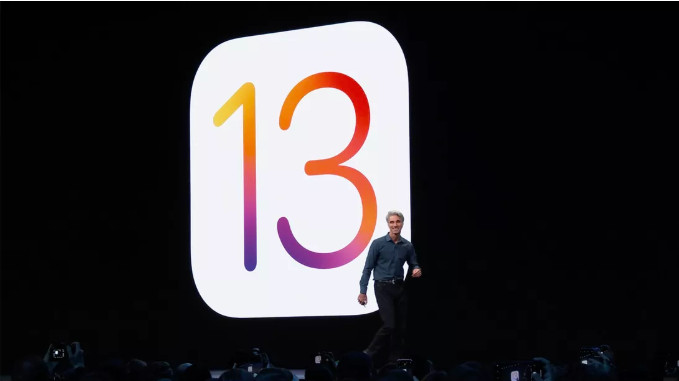 Soon iOS 13, Apple’s newest software for iPhones, will bring a slew of features big and small to your phone. Dark mode, new photos tools and a swipe-able keyboard are some of the bigger ones, with new Maps tools, security features and the ability to customize Memoji avatars folded in for good measure. While Apple highlighted certain features, keep in mind that the company often reserves some surprises for the iPhone reveal each September. There may be more features yet to come.
One big change to iOS 13 is that it doesn’t directly fuel the iPad. Apple split off a new OS just for tablets called iPad OS. The new iPad OS is based on iOS for iPhone, so you’ll find similarities with the phone’s core features there.

The iOS 13 unveiling at Apple’s annual WWDC developer conference comes just weeks after Google, Silicon Valley’s other titan of tech, trickled out more details about Android Q, Apple’s chief software rival. Today with iOS 13, it’s Apple’s turn to woo app-makers and wow future buyers with everything that iPhones and iPads running iOS 13 will soon be able to do.
Apple’s ability to engage buyers with iOS 13 is particularly important in 2019. The iPhone-maker has seen iPhone sales slow in step with competitors across the board. Meanwhile, the next iPhones will likely lag behind other Android rivals in key features like support for 5G speeds, periscope zoom and a standalone night mode for ultraclear camera shots. But over the years, Apple has proven that it can create must-have software tools and apps, like FaceTime video and iMessage.

The iOS 13 developer beta is available today, with the final version coming to iPhones this fall. Look for the public iOS 13 beta to arrive in July. (How you can download iOS 13 beta right now.) See all of today’s Apple news.
Dark mode for all
Dark mode, which replaces a light screen with a dark screen, comes across core apps in iOS 13, including the calendar, music, and photos apps. This appears to be system-wide, but we’ll need to see if there are any exceptions. Dark mode is a popular trend across apps, and will come to Android Q, too.
That swipey keyboard
Android users have been swiping their keyboards to type for years, through a number of third-party apps, like Swype. At long last, Apple has added the ability, letting you trace a word to spell it out.

Apple calls it QuickPath typing. In theory, it’s faster and just as accurate as pecking away at the virtual keyboard, and you still get spelling suggestions as you go along.

The feature is especially useful for one-handed typing.
Portrait lighting for photos, rotate a video
A new photos tab gives you access to some of the new tools Apple’s adding here. For example, you can now remove duplicate photos and highlight best shots.

Portrait lighting, the tool within your iPhone’s native camera app, adds more lighting effects to smooth your skin — you can also change the intensity and location of your light for portrait lighting.

More editing filters add accents called vignette, vibrance, auto enhance and noise reduction.
Other new camera features in iOS 13
The photo apps will automatically organize photos by year, month and date, which will make it easier for you to find photos.
Live photos and videos play as you scroll.
View photos based on each day, month or year.

Find My Phone and Find My Friends joins forces

The rumors were right. Apple folded Find my Phone and Find My Friends into a single app called Find My. While locating nearby friends is fine, the real value is in finding your lost or missing devices (e.g., the iPhone that fell behind the couch) even when they’re offline, using a Bluetooth beacon.

The tool is encrypted and anonymous, Apple says, and it won’t let phone thieves install or reboot your iPhone unless you activate it.

You can also choose to share or hide your email address, and can ask Apple to create a random email for the app or service that forwards to your actual email address, therefore masking your real identity without making you use a junk account.

Apple also blocks apps to track your location from Wi-Fi and Bluetooth, and lets you decide if you’d like apps to ask your permission each time it requests your location data.
Siri finds a new voice
Siri, Apple’s new voice assistant, gets an audio update in iOS 13. Instead of clipped voices, Apple is hoping the new Siri sounds smoother and more natural to your ears. Using AI software (a neural talk-to-speak network, specifically), Siri will speak with fewer gaps and non-human sounding modulations.

Create personalized shortcuts using a new Shortcuts app.
Suggested automations so you can customize your and create a template.
Siri reads messages as soon as they arrive and you can instantly respond.
Share a movie or song with friend with one tap.
Hand off a phone call or music from your iPhone to your HomePod.
CarPlay: Siri smart suggestions work here, like suggesting you open your garage door when you get close to home.
Siri Suggestions comes to the Safari browser.

Memoji avatars come to Messages, stickers
Apple’s Messages apps will now get support for Memoji profiles, which puts a thumbnail of your Memoji (an emoji of your face) into the Messages app. New controls let you go in depth with customization, makeup, even adding braces to your teeth. You also get a sticker pack across your iOS 13 devices.

iMessages will also now work on Dual SIM phones (unfortunately, we don’t have more detail than that).

New apps in iOS 13
Mail: Gets rich new fonts.
Notes: A new gallery view, support for shared folders.
Reminders: You can add details for when and where to remind you of an item.
Smart lists: Will let you tag a person in order to trigger sending a notification to another person, for example when you set up a time to talk.
Maps: Gets Apple Carplay support by the end of 2019. You’ll be able to see roads, beaches, parks and buildings, tag a place for favorites. Collections will give you a list of favorites to share with friends. Look-around will give you a high-def 3D view of the area. Landscape view will smoothly move down the street, letting you tap labels to learn more about new places.