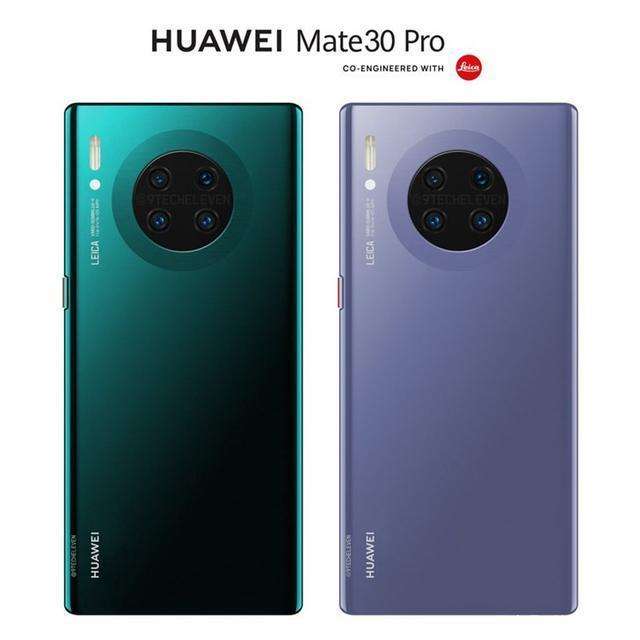 As a powerful and competitive opponent of Apple’s new autumn products, Huawei Mate series is always received high comments by people. In line with the latest rumors, Huawei is well on its way to presenting the new Mate 30 line in September. The launch is fast approaching, and a new promotional image reveals the design of the upcoming device.

Huawei’s next flagship phone is expected to be equipped with a 6.7-inch AMOLED waterfall display with a wide notch at the top of the screen, and two curved edges that drop down at an 88-degree angle. There is speculation that Huawei will offer a 90Hz refresh rate for the Mate 30 Pro, which is 50% faster than the 60Hz traditionally used on smartphones. The faster rate will help the animation on video games look smoother and allow for buttery smooth scrolling. A previous leak reveals that the Mate 30 Pro will include a 4500mAh battery that could support wired charging at 55W and wireless charging at 25W. The latter, if true, would be the fastest wireless charging speed supported by a smartphone.

The Mate 30 Pro needs such a large battery, not only for the faster refresh rate but also for the device’s reverse wireless charging feature. This allows users to flip the phone face down and use the rear panel as a wireless charging pad. Reverse wireless charging debuted on last year’s Mate 20 Pro and has been copied by Samsung (as Wireless PowerShare) for its 2019 high-end models. Apple, too, will reportedly include this feature with its 2019 iPhones. 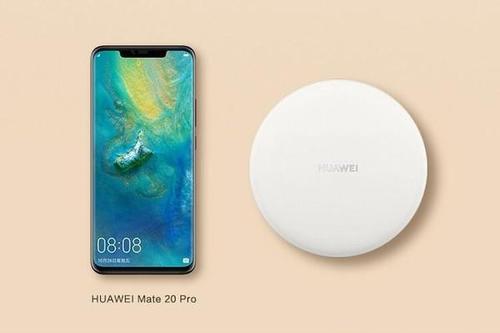 The image, that seems to be taken directly from a Huawei brand advertising campaign, confirms the front design with a classic notch. The Chinese manufacturer has decided to keep a larger notch on its Mate line, which will certainly once again offer the 3D Face Unlock facial recognition feature, but should be more accurate and more reliable.

The other important point here is the presence of four photosensors on the back of the phone. No more square configuration, welcome to the circle design. The result is, I find, more aesthetically pleasing. Even though the picture does not confirm the characteristics of the sensors, it has been known since previous leaks that the Mate 30 Pro offers a sensor (1/1.55″) for the main camera, a wide-angle (1/1.7″), a 5x telephoto lens and a ToF sensor for depth capture. Finally, the image mentions the presence of the new Kirin 990 processor which should be unveiled on September 6 at the IFA in Berlin by Richard Yu himself. 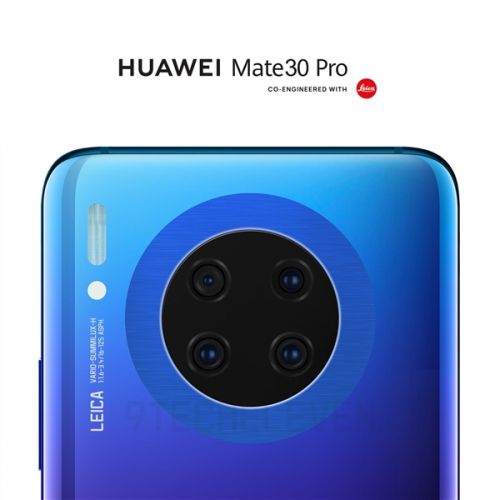 Last year’s Mate 20 Pro was a critical and financial success (we gave it a score of 8.9 out of a possible 10) although it was not officially available in the states. This year’s model also won’t be found in the U.S. but was still expected to help Huawei surpass Samsung to become the world’s largest smartphone manufacturer by the end of 2019. While the company did deliver 118 million handsets during the first half of the year, the confusion surrounding the U.S. supply chain ban means that Huawei might have to settle for second place this year.