Huawei Nova and Nova Plus review 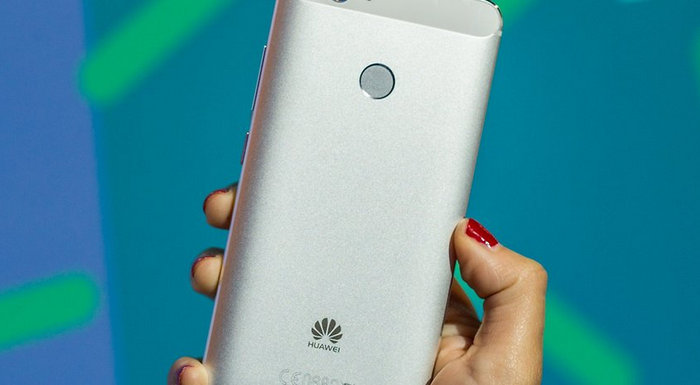 Huawei took to the stage at IFA 2016 to announce a pair of new smartphones. The Chinese manufacturer said that it was seeking to capture the premium market while maintaining the mid-tier segment. Its P9 device has proved to be a big success at the high-end, so today Huawei introduced the new devices in its mid-range sector.

The first thing you need to know about the Huawei Nova is that – from the rear – this looks almost exactly like a Nexus 6P. It doesn’t say Nexus, but the aesthetic differences basically end there.

However, unlike the 5.7-inch Nexus 6P, the Nova comes in at a diminutive 5 inches. Thanks to well-optimized display proportions – a 76 percent screen-to-body ratio – this phone really feels like a small handset.

And that’s to its credit. Huawei does phablets very well but it’s nice to see it tackle smaller handsets with similar flair. Huawei has managed to pack what feels like a large display onto a small frame; it’s an accomplished piece of work.

The Nova is thin too, at 7.1 mm deep. While I may not have been wowed by an inventive new design, I was wowed by the screen and battery (more on that later) that has been packed into this handset. It was a good first impression.

As for the Nova Plus, this looks largely the same as the Nova from the front, but the device takes a different approach on the rear, with a square camera sensor in the center of the device, unlike the position at the top left in the visor of the Nova. The Nova Plus is a 5.5-inch device which doesn’t feel unwieldy and looks the part thanks to its chamfered edges and glass and metal design.

The aesthetics of these phones do justice to the Huawei name.

The Huawei Nova and Nova Plus arrive with Full-HD displays. The color saturation on these handsets was deep, and the brightness appeared to be strong. The 2.5D screens are identical but for the size and, naturally, pixel density, but they’re both equally capable midrange handsets.

I wasn’t blown away by the display quality, nor did I expect to be. Simply, they seemed to be sufficient for typical day-to-day needs.

Both phones also make use of an eye-protection mode, which I expect is a blue-light filter to prevent eye-strain. This is always appreciated.

I had high hopes for the Nova cameras but my first impression wasn’t good. I flicked it on to take a quick look at our review event and it took a while to adjust to the test area lights and – once it had settled – the exposure was still out of whack.

Lighting conditions aren’t great at these events, but in some ways, I think this is a smart way to really investigate a device’s camera chops.

I was disappointed and I was using the Nova Plus camera, which uses a 16 MP rear camera rather than the 12 MP rear camera on the Nova standard. This is not to say that things won’t be completely different when I spend some more time with the handsets.

Both handsets feature an 8 MP front-facing camera with a slew of software features aimed at providing you with the perfect selfie.

The Huawei Nova has a 3,020 mAh battery. Fitting this into a 5-inch phone is an impressive feat. The iPhone 6s, though it’s a little smaller at 4.7 inches, has a 1,715 mAh capacity, almost half what the Nova has. If anything underscores Huawei’s smarts in manufacturing, it’s this.

It was also noted at the event that the Nova could provide five hours of Pokemon Go play time: apparently, this is the new barometer for battery-life measurement.

The Nova Plus, meanwhile, raises the stakes in a 3,340 mAh game. Both smartphones support quick-charging and USB Type-C, but neither battery is removable.

The main differences between these handsets are the display and battery size (with the Plus model being the bigger in both respects) – but there are also some differences in the device design, which we’ll discuss in-depth below.

The precise release date for handsets is yet to be announced, but Huawei said that it would bring the devices to more than 50 countries starting October. The Novas will arrive in three color variants: silver, grey and gold. A rose gold variant will also follow in certain markets.

Read also: How to Transfer Photos from Huawei P9/P9 Plus to Computer