Huawei Mate 30 launch: as it happened 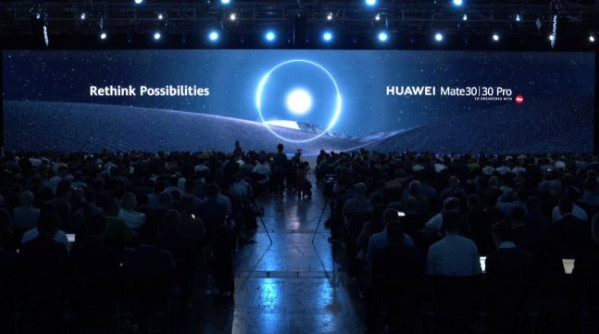 The Huawei Mate 30 Pro launch event gave us more than just a single smartphone. In fact we got four smartphones, the Huawei Watch GT 2 and even a TV.

It was the Huawei Mate 30 and Mate 30 Pro which were the headline announcements though, with the latter boasting four rear cameras and a curved display.

However, the phones do have one potentially fatal flaw. No Google apps.

That’s down to the ongoing feud between the US and China, with the former banning Google from working with Huawei which has resulted in the phone manufacturer being unable to launch new devices with Google’s apps on them.

We’ve also learned, directly from Huawei CEO Richard Yu, that you won’t even be able to sideload Google’s apps on the Mate 30 series, which will severely dent their appeal in many markets.

It means you won’t be able to use apps such as Google Maps, Drive, Photos, Gmail and YouTube on the handsets – and there will be no Play Store to download apps from. Instead you’ll get Huawei’s own app store instead.

15:30 – Whether this will be coming to the US or UK remains unclear. It’s likely to be a product that begins in China, but Huawei may surprise us and introduce its first TV around the world.
Hopefully we’re about to learn more about release dates for all the products announced on stage today.

15:26 – And now we’re onto Huawei Vision TV. It comes in 55-inch, 65-inh and 75-inch versions, and all of those versions are 4K. Huawei is particularly proud of its audio technology, which was a little unclear on stage so we’re excited to hear in real life.

15:21 – The Watch GT 2 is set to last for two weeks from a single charge, according to Huawei. If you’re using it consistently it’s sure to be less than that, but considering how well the first watch performed we wouldn’t be surprised if this was the case.

It also has a heart rate monitor that works underwater, plus it has stress monitoring tech as well. We’re quite glad we’re not wearing one of these watches getting stress notifications right now…