Huawei can’t unseat Samsung without US software and chips 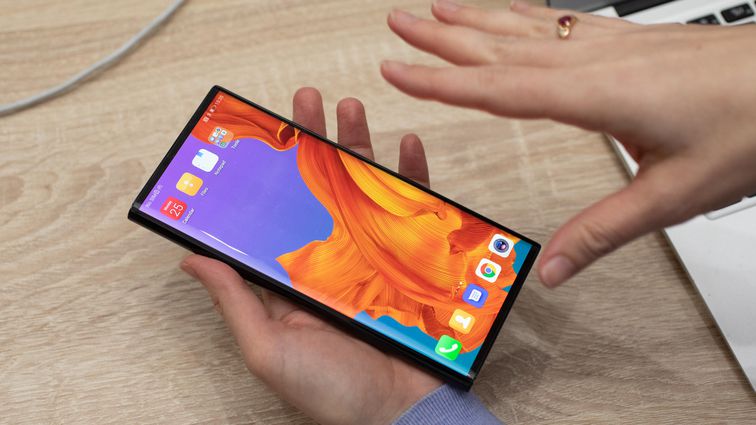 Huawei isn’t just in trouble. China’s premiere maker of Android phones and networking equipment is in the kind of trouble that could break its business and detonate its ambitions of surpassing Samsung to become the world’s largest phone brand by 2020. Despite being banned from working with US companies, Huawei is confident its phone business will continue to grow without the help of Google, Microsoft and chip-designers like ARM. After being temporarily suspended from the Wi-Fi Alliance and SD Association, Huawei’s chances aren’t looking so hot.

Following an executive order signed by President Donald Trump, Google, Microsoft, Intel, ARM and other US companies that supply software and hardware components to Huawei have cut ties with the Chinese brand, effectively hobbling its supply line for future phones (existing devices will still receive Google security support, for example.)

Trump has said that reuniting Huawei with its US business partners — which also include consultants as well as components-makers — may be part of a trade deal with China.
“Most of the companies that provide consulting services to Huawei are based in the US, including dozens of companies like IBM and Accenture,” Huawei’s founder and CEO, Ren Zhengfei told Chinese media

The actions against Huawei stretch back to 2012 and highlight the heightened role that technology brands play in the strained trade relationship between the US and China, two countries that see 5G networks as pivotal to their success as world powers. Huawei is the largest maker of 5G networking software in the world.

Here’s a look at the ways the brand is affected and how Huawei could possibly attempt to go it alone if agreements between the two nations aren’t resolved.

The Huawei ban: What its phones can’t have
Trump’s executive order against “foreign adversaries,” including Huawei, rests on the fear that Huawei could be compelled by the Chinese government to use its telecommunications equipment (which helps make 5G networks) to spy on American companies and citizens.

Huawei and Honor brand phones (and hybrid laptops like the MateBook series) fall into Huawei’s consumer business group and are affected by the ban, along with dozens of other Huawei subsidiaries.

The action compels US companies to suspend business with Huawei for future devices, withholding software and components for use in the brand. That means Google and Microsoft won’t supply software for Android phones or Windows hybrids, and that Intel, Broadcom and ARM reportedly won’t work with the brand. Huawei has also been suspended from the Wi-Fi Alliance and from the SD Association, which designs storage.

The specter of abandonment doesn’t bode well for a company that makes Android phones using Google software and which uses ARM designs to make the processors that every phone must have in order to work. If Huawei loses access to Bluetooth, its phone business is pretty much tanked.
Huawei could survive without Android, barely
Huawei has already proven that it doesn’t need Google’s software or services to sell phones in China. The brand’s largest market already blocks Google search and other software services in accordance with national policies, where Google is outlawed. The tools we associate with Android phones — search, maps, Google Assistant, YouTube — are replaced by home-grown alternatives.

Huawei and its Honor brand also use their own software interface, the Emotion UI, so there’s less of a distinct Android identity than, say, Motorola phones, which rely on a version of Android that’s closely related to what you see on Google’s Pixel phones.

Huawei, seeing the writing on the wall, is already reportedly at work on a Huawei OS called Hongmeng, but it’s apparently far from ready. Although the company could rely on Google’s open source software, Huawei would be much later implementing new versions of Android, and would miss out on Google’s technical support to troubleshoot OS problems and secure the phones.

Outside of China, the lack of Google’s app store and services would be crushing. Huawei is said to be working on its own app store in anticipation of the ban.
Huawei already makes its own chips, but ARM licenses could break it in the long-term
Huawei doesn’t require Qualcomm chips to power its phones — the in-house brand, HiSilicon, makes the processors in phones like the Mate 20 and P30 Pro.

But Huawei does need a license from ARM, which designs the chip architecture to begin with. ARM isn’t based in the US, but the intellectual property flows from R&D labs there. However, since companies typically license chip designs for years ahead, Huawei shouldn’t run into long-term trouble here unless the ban lasts for years.

Although Huawei does make its own chips in-house, Ren said. “We are always in need of US chips. Our US partners are fulfilling their responsibilities and asking for approval from Washington. If this approval is granted, we will still buy chips from these suppliers.” Ren did not make it clear which part of the business use these US chips.
Carrier support is more crucial for some countries than others
In some countries, like the US, phones that aren’t available in carrier stores don’t sell in meaningful volumes. In others, third-party retailers — like big box electronics stores — or direct-to-consumer online stores take a bigger slice of the pie.

Huawei has a strong presence in countries around Europe, the Middle East, Latin America and Asia. If blocked from directly working with more global carriers as a result of US pressure, it could conceivably follow compatriot OnePlus and Xiaomi’s examples for growing through other means (Xiaomi is India’s top phone brand, according to IDC.)

Even if that’s the case, Huawei still faces an image problem fomenting in the wake of the US government’s allegations.
How long will the ban against Huawei really last?
There’s early evidence that Trump could help lift the ban against Huawei. The president said last week that he might use Huawei as leverage in his trade negotiations with China. If the two superpowers reached an accord, Huawei would be allowed to continue conducting its business.

The US president took similar actions against Chinese brand ZTE in 2018, lifting a crippling trade ban shortly after.

Samsung would keep the upper hand
Regardless of the outcome of Huawei’s turmoil, Samsung still retains the advantage while Huawei deals with the trade crisis. Samsung has only to fight off Huawei’s advance, whereas its chief Android competitor fights a two-front war — trying to beat Samsung while also beating down allegations that its equipment is used for espionage.

While Huawei’s onslaught against Samsung might continue if the ban ends soon, the company won’t get anywhere fast without access to the US telecom companies that make essential parts for every phone.

Recommendation： Transfer data from between Huawei and Samsung 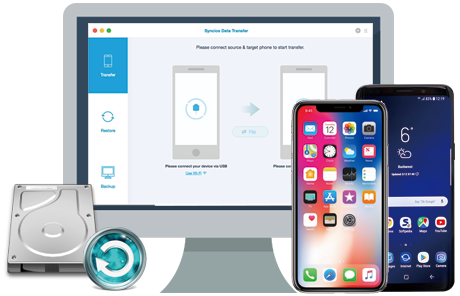