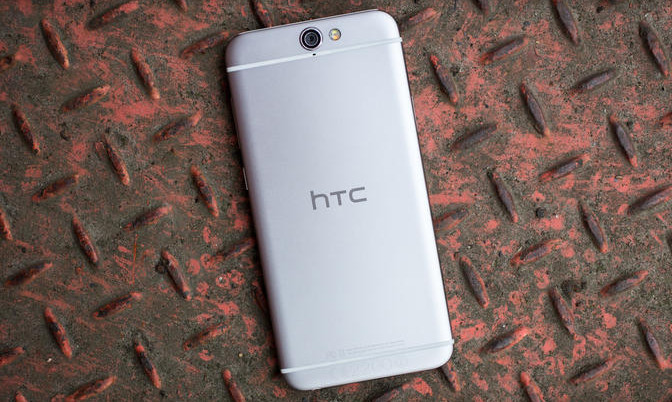 HTC is one of the first major mobile manufacturers to take the wraps off a phone with Google’s brand-spanking-new mobile operating system, Android 6.0 Marshmallow. It’s called the HTC One A9.

As the name suggests, it’s part of HTC’s top-end One family, but with a different design and slightly scaled down specs it’s actually a cheaper alternative to the company’s One M9 series. Beyond a full HD 5-inch display, the phone packs a 13-megapixel rear camera, an octa-core processor, a physical home button that doubles as a fingerprint reader and an all-metal design that’s rather reminiscent of the iPhone 6.

In the US, the One A9 will sell directly from HTC’s website for $399, making it an affordable handset — certainly more affordable than the iPhone 6S, which starts at $649. The UK often pays a little over the odds for electronics, thanks to tax, but HTC has taken that to extremes with the A9. While its US price converts to £260, the A9 actually sells in the UK for £430. That’s not affordable at all.

HTC has yet to announce pricing for Australia, so we’ll have to wait and see whether the phone is good value Down Under. For reference, $399 converts to around AU$550, while £430 is about AU$915. The One A9 goes on sale globally in early November.

Let’s get this out of the way — the HTC One A9 looks pretty much identical to the iPhone 6. The all-metal body is flat on the back (rather than curved on the M9), has similar inset lines running across the top and bottom, and it comes in silver, dark grey and gold colours. If you’re more daring, there’s also a dark red version. Even the camera lens protrudes from the body in the same way as the iPhone 6’s.

Want more proof? There’s a physical home button which doubles as a fingerprint scanner on the front, the screen’s glass curves at the edges to meet the body and there are speaker holes drilled into the bottom edge. Still, even if it does look very much like the iPhone, at least Apple’s device is an attractive one to copy. The A9 looks similarly good and feels comfortable to hold. Its 5-inch screen sits in my personal sweet spot between the 4.7-inch iPhone 6 (a touch too small) and the 5.5-inch iPhone 6 Plus (too big). It’s big enough to properly display photos and games but not so chunky as to be cumbersome to hold in one hand. The display’s full HD (1,920×1,080-pixel) resolution seemed sharp in my hands-on time — it’s the same size and resolution as the One M9.

I’m sad to see the “BoomSound” speakers go, as both the One M9 and One M8 were able to kick out a surprisingly powerful sound, which made listening to podcasts in the kitchen easy and fun.

In the speaker’s place is the physical home button. It doesn’t fully click in, but is touch-sensitive so will return you to the homescreen with a simple tap. Oddly, HTC still maintains the on-screen navigation buttons above, so there are actually two home buttons within a few millimetres of each other. To avoid the multiple controls, not to mention the resemblance to the iPhone, HTC could have used a fingerprint scanner on the side of the phone, as Sony did on the Xperia Z5, or stuck with the rear-mounted scanner from the One Max. The scanner, at least, seemed to work well when I tested it.

The phone comes with 16GB of storage as standard, and there’s a microSD card slot if you need more space. HTC explained that external cards can be mounted as though they were built-in storage, allowing all apps, games and other system information to be stored to a card. You can essentially then pop in a 200GB microSD card and never worry about storage again.

The A9 has a Micro-USB port for charging, rather than the new USB Type-C ports found on the new Nexus phones. Though it’s very early days for USB Type-C, support for the new standard is a major Marshmallow feature. It’s a shame that HTC didn’t take full advantage of its fresh software. I hope that all phones — certainly high-end ones — released towards the end of this year and onwards will pack USB Type-C charging ports.

Aside from Google’s own Nexus phones, the One A9 is one of the first phones running Google’s latest version of Android, 6.0 Marshmallow. Marshmallow adds a bunch of neat features, including Now on Tap, which integrates Google Now functions deeper into the phone; Android Doze, which promises better battery life in standby mode; and Android Pay, the mobile payment system that’s still US-only for now.

HTC has slapped its Sense 7 interface over the top, however, so initially you won’t be able to tell that you’re running the latest version of Android. It’s visually identical to Sense 7 on the One M9, with the BlinkFeed news aggregator off to the left of the homescreens and a Themes tool that lets you heavily customise the look of the interface. I quite like Sense 7 — it’s neat and easy to use.

Although HTC removed the BoomSound speakers, it’s equipped the A9 with high-resolution audio capabilities, including support for 24-bit FLAC audio, with the ability to upscale lower-resolution audio from streaming services and a more powerful output for headphones, allowing it to drive rich audio to the sort of large closed-back headphones audiophiles love. HTC claims that it’s “equivalent to the performance of a dedicated external DAC” although we’ll take that with a pinch of salt.

The back of the phone is home to a 13-megapixel camera, which is capable of taking images in raw format. The M9 shot in raw, too, but there was no way to edit those files on the phone. The A9 has a raw conversion tool, which balances the highlights and shadows and saves the resulting file as a JPEG. If you want to manually tweak the image, you’ll need to use a computer. It appeared to work well in my hands-on time, although I’ll reserve judgment until I’ve seen the images on a bigger screen. On the front is the same Ultrapixel camera as the M9, which took good shots in my review of that phone.

The phone runs on a Qualcomm Snapdragon 617 processor — an octa-core chip that’s a step down from the more potent Snapdragon 810 processor in the M9. We’ll tell you how the two compare in our full review. The A9 has quite a small battery — only 2,150mAh — but with Android’s new Doze tweaks, I’m hoping it will still last a whole day.

It’s great to see the latest Android Marshmallow software arriving on a mid- to high-end phone so soon after its launch. It’s certainly the standout feature of the HTC One A9 too. Software aside, the phone seems a capable all-rounder, but it does little to cause a stir. Its full HD screen, octa-core chip and raw-shooting camera are all good to see, but were all present on the One M9, which came out in March.

The new design is of course what separates the A9 from the M9, although with a look that’s so similar to the iPhone, including the addition of the fingerprint-scanning home button, that it’s difficult to applaud the A9 too much for this “new” design direction.

The price is the key factor here. In the US it’s substantially undercutting the $649 M9 — the A9 is not much more than half that — so with these specs it looks rather a good buy. In the UK, however, it’s a very different proposition. £430 puts it among the top-end phones, and on paper it doesn’t offer enough to justify that price. Keep your eyes peeled for the full review, coming soon.

If you would like to transfer music, videos, apps, notes, photos, etc from your old iPhone or Android smartphone to new HTC One M9, you can try this perfect data transfer tool, migrate everything, including SMS, Contacts, Videos, Photos, Call logs and more from phone to phone, one-click backup anything to pc and restore back to your phone whenever you want. Simply download and have a try.