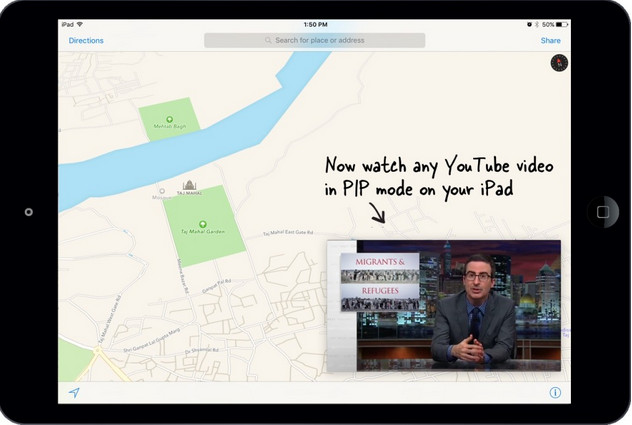 Picture in Picture Mode allows to watch a video from a streaming or video app while completely using another app altogether.

The good news is that there’s a way you can watch YouTube videos in Picture in Picture Mode while you play around in a completely different app.

Of course, YouTube has had a Picture in Picture Mode feature for a while now, but it’s a native feature inside the app, so you can watch a YouTube video while you explore and browse other YouTube videos, but it won’t work if you exit the app and launch another app. Here’s how.

The trick here is to avoid using the YouTube app altogether until Picture-in-Picture support is added by Google. YouTube has its own Picture-in-Picture feature, but it only works inside the app itself, so if you attempt to switch to another app, your video disappears and stops playing.

Fortunately, there is a new web app called YouTube PIP, developed by Amit Agarwal, that you can use for this feature instead. Just follow these steps:

Find the video you wish to watch using the YouTube app
Tap the share button, then choose “Copy Link”
Visit the YouTube PIP web app (http://ctrlq.org/youtube/pip/) in Safari
Paste the YouTube link into the URL field then tap “Go”
Your video will appear in a box onscreen; tap it to begin playing, then tap the Picture-in-Picture button to activate this mode

You can now continue to watch your YouTube video will you use other apps on your iPad.

It’s as simple as that! We recommend bookmarking the YouTube PIP web app in Safari so it’s easy to find when you want it, but hopefully it won’t be too long before the official YouTube app gets Picture-in-Picture support.

Recommend: if you would like to transfer data between your iPhone and computer, you can try this perfect iOS data manager tool, migrate everything, including SMS, Contacts, Videos, Photos, Call logs and more from phone to PC or Mac. Simply download and have a try.