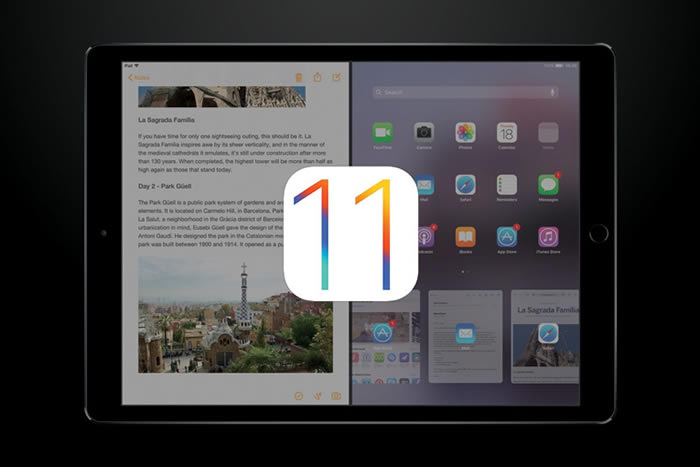 After updating your iPhone or iPad to iOS 10.3, opening certain apps and games may have presented you with a warning that they need to be updated to work with future versions of iOS.

You can keep using them with iOS 10, but if you plan to upgrade to iOS 11 (which Apple confirmed will be release around September this year), now is the time to take action for any apps you depend upon.

You need to find out which of your apps are affected. This may include games, but it’s likely to be productivity apps that will be the biggest concern – if you’re dependent on any of those apps and plan to either upgrade to iOS 11 or buy a new device with it pre-installed, you’ll need to either update or find replacements for those apps.

There’s no need to laboriously open each app to discover which will definitively be incompatible with the next version of iOS, though.

In addition to the warning upon opening an app, iOS 10.3 can show you a list of all affected apps that are currently installed.

Note, though, that it won’t tell you about apps you’ve deleted to make room for something else.

If you’ve disabled auto-downloading of apps in Settings > iTunes & App Store on any of your devices, you’ll need to follow this tutorial on each device to be certain you aren’t overlooking an app that’s on your iPhone 7, say, but not your iPad Pro.

And think about this: the change to 64-bit has been an option for a number of years for developers, and largely rather easy to do, so you should question whether you really want to keep using the app that hasn’t likely been touched in the many years since Apple started moving to a 64-bit OS.

In Settings > General > About, if there’s no arrow at the right of the Applications row, none of your apps require immediate action (though that’s no guarantee they won’t have other issues in iOS 11). If there is an arrow, tap it.

You can now see a list of which apps need attention, split into lists of those with updates available and those without, so now it’s time to fix them.

On the list of those with updates available, tap an affected app’s name to go to its store page.

Once on the store page you should see an ‘Update’ button. Download any updates and see if iOS still flags up the app’s compatibility.

If the app’s no longer available, has no updates, or isn’t fixed by updating it, check if an upgrade is available as a separate app: search for the developer’s name in the App Store and look for anything that sounds similar to the app you’re trying to update.

Failing that, ask the developer directly through its website if there are plans for an update or a replacement app.

If an app has been delisted, hasn’t been updated in years, or if the developer itself has said there are no plans to update it, then you might need to find something to take its place.

But otherwise, even if an app is currently shown as having problems with iOS 11, there’s every chance it will still get that life-saving update. With iOS 11 not going to be in the hands of the public (apart from the developer version) for a few months there’s still time.

If there’s really no sign or hope of an update for an affected app, the good news is that the App Store is huge, and in most cases there will be alternatives you can turn to instead.

Try searching for keywords relevant to the app – so if it’s a calendar, simply search ‘calendar’ and there are tonnes to choose from. The alternatives might not have exactly the same look and features, but in most cases you should be able to find a decent replacement.