How to Fix iPad Stuck on Apple Logo Screen

Rarely, an iPad may get stuck on an Apple logo screen when the device is booting or restarting. Getting stuck on the Apple logo usually happens during a failed software update, whether it was interrupted or incomplete, but it can sometimes happen during restores and during other operations as well.

f an iPad, iPad Pro, iPad Air, or iPad mini is stuck on an Apple logo screen, you can use the tips below to troubleshoot the problem and resolve the issue.

This guide will aim to review troubleshooting solutions to resolve an iPad, iPad Pro, iPad Air, or iPad mini that is stuck on a black Apple logo screen. Follow in the order presented, and be sure to use the advice specific to the iPad model, as the troubleshooting steps differ between iPad with Face ID and iPad with Home buttons.

0: Wait! Does the Apple logo screen on iPad have a progress bar?

If you see the Apple logo screen on an iPad and it has a progress bar underneath the Apple logo, let it sit for a while with the device plugged into a power source.

If a software update is being applied, the iPad will complete the installation and restart itself normally when it has finished.

You may pick up an iPad and notice it’s on the Apple logo screen seemingly out of nowhere if you have automatic iOS / iPadOS software updates enabled on the iPad. Just let the update complete, do not interrupt it.

Sometimes simply forcibly restarting the iPad will resolve being stuck on an Apple logo screen. Forcibly rebooting an iPad varies on the iPad model and the iPad model year, use the instructions below depending on the specific iPad, iPad Air, iPad mini, or iPad Pro.

You can force restart iPad Pro with Face ID (2018 and newer) including the iPad Pro 11″ and iPad Pro 12.9″ models, with the following instructions:

You can force restart an iPad with a clickable Home button, including iPad, iPad Air, iPad mini, and older iPad Pro models, with the following instructions:

Occasionally, force rebooting works and the iPad returns to the lock screen or home screen as usual. If not, carry on for more troubleshooting.

The next troubleshooting trick is to update the iPad using Recovery Mode. Using Recovery Mode requires the use of a computer (Mac or Windows PC) with a modern version of iTunes, and you will need a USB cable to connect the iPad to the computer. Much like force rebooting, entering Recovery Mode varies per iPad model.

If the iPad has Face ID and no Home button, you can enter Recovery Mode on iPad Pro (2018 and newer) with the following instructions:

Updating the iPad in Recovery Mode may take a while so be patient and let 20 minutes or so pass. If this is successful, the iPad Pro will update the system software and then reboot itself eventually back and work as normal.

If this fails, you will need to repeat the steps above, but at step 4 choose to “Restore” the iPad instead of ‘update’ (Important note: by restoring the iPad it will reset it as new and erase all data on the iPad, however if you have a backup you can restore from that backup when complete).

Update any iPad with Home button via Recovery Mode

If the iPad has a Home button, you can enter Recovery Mode on iPad, iPad Air, iPad mini, and older iPad Pro with the following instructions:

Updating the iPad can take a while, give it at least 20 minutes to see if this works. If updating is successful, the iPad will reboot and become usable as usual.

If this fails, you will need to repeat the steps above, but at step 5 choose to “Restore” the iPad rather than update. (Important note: restoring the iPad will erase all data on the iPad and set it up as new, however if you have a backup you can restore from that backup during the setup after restore).

You can enter DFU mode on any iPad with a Home button with these instructions:

Entering DFU mode on iPad Pro with Face ID (2018 and newer) is achieved through the following steps:

When the iPad Pro has successfully restored you can either set it up as new or then restore it from an available backup during the setup.

Fortunately getting stuck on a black Apple logo screen is a pretty rare occurrence for iPad, and while the same thing can happen on an iPhone it’s also not particularly common to run into with that device either. Usually the troubleshooting steps outlined above will resolve the issue. Let us know in the comments below what worked to resolve your problem.

Tried all of the above and still stuck on an Apple logo screen? Something else may be going on, so the next best option is to contact official Apple Support or an Apple Authorized Repair Center for further assistance in repairing the iPad, iPad Air, iPad mini, or iPad Pro.

Tips: How to Fix A Frozen iPhone Efficiently.

You may also have encountered some situations about iPhone frozen issues like “your iPhone randomly froze, it did not respond to your touchscreen gestures. Or your iPhone keeps crashing? When an iPhone freezes, it becomes difficult to place calls, read emails or complete other business-related tasks.  Don’t panic. This issue is not an uncommon problem, and there are a few easy ways to resolve it.

If your iPhone suddenly freezes or refuses to wake from sleep, you can sometimes resolve the issue by restarting it. Simply hold down the sleep button of your phone until the red slide to power off doesn’t appear. Now slide on the red stripe and turn off your phone. Once it is properly turned off, you should proceed to the turning on step. 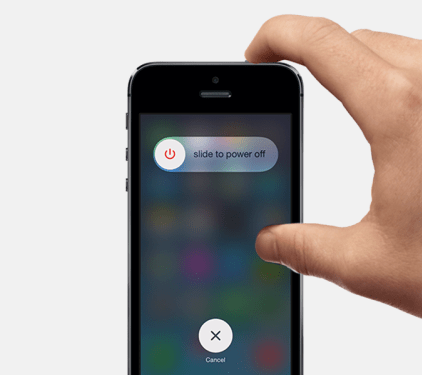 Sometimes a particular application becomes unresponsive and causes your device to freeze. If you have a single misbehaving app on your iPhone, you can force quit it by pressing and holding Power button for a few seconds until a red slider appears, then press and hold the Home button until the app quits.

Solution 3. Clear out Your iPhone Cache to Release More Memory

Sometimes a congested Safari cache and insufficient memory storage can cause performance slowdowns and freezes. You can use a professional iOS cleaner program like PanFone iOS Eraser to clean these temporary and junk files, corrupted files, caches for free.

Sometimes running previous iOS software versions can hinder your iPhone’s performance or cause it to freeze, especially when using applications designed for use with the latest operating system. Additionally, Apple sometimes releases software updates designed to resolve freezing problems. Before updating, transfer your purchases and backup your data.

Does your iPhone/iPad keep freezing? It might be more than just a multitasking problem. If all else fails, it might be time for you to restore your iPhone or iPad to its Factory Default Settings, then restoring your apps and files from a backup by syncing with iTunes. To restore your device, do the following:

Step 1: Run iTunes on your computer and then connect iPhone to computer with a USB cable.

Step 3: Now you can click Restore iPhone to set up it as a new one. 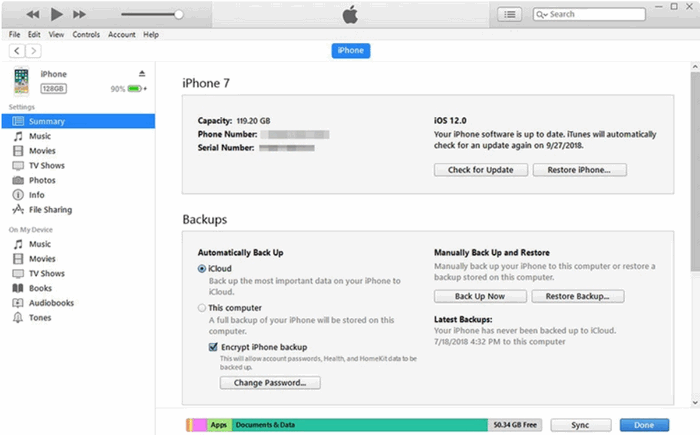