How to fix iOS 10 most common issues 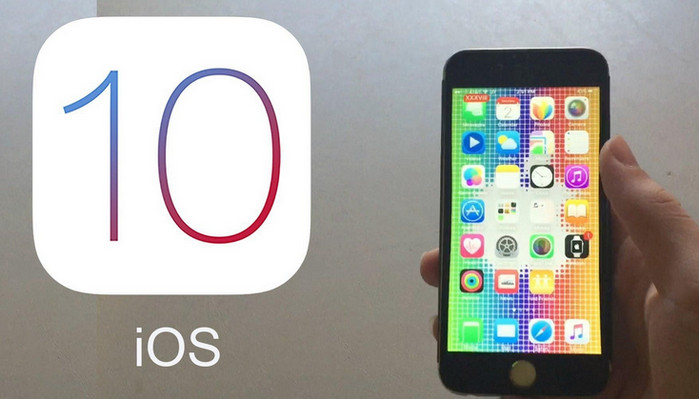 iOS 10.1 will likely address battery life drain, but until that happens, here’s what we found works to increase the uptime of our iPhone and iPad.

Turn off background app refresh in Settings > General > Background App Refresh. It’ll give you a list of apps, and you don’t really need a lot of these to constantly update in the background. It’s a big battery life killer.

Turn off Fitness Tracking and non-essential apps tucked away in Settings > Privacy > Motion & Fitness. If you have an Apple Watch, you don’t need fitness tracking on your phone. We also found Health, Microsoft Health, TripAdvisor and Waze keeping tabs on us and wasting battery life. No thanks.

Turn Wi-Fi on and off at the right times. When you’re at home or work, make sure you’re connected to Wi-Fi instead of cellular. When you’re out, prevent your iPhone from constantly hunting for open Wi-Fi networks when there are none you can join. The swipe-up-from-the-bottom Control Center has a handy toggle for W-Fi.

Keep that brightness slider in check. Display brightness is the #1 battery life killer, so stop lighting up your phone every two minutes just to check the time. Spoiler alert: it’s two minutes later than the last time you checked.

Keep track which apps are draining your battery life the most. Now every app is tuned to the iOS 10 update and could be wasting precious battery. Head to Settings > Battery to see the top villains here, especially Twitter and music-streaming apps.

How to collaborate on notes

Launch the Notes app to begin writing a note, and you’ll see that there’s a new share icon in the top right. Tap on it, and you can choose to add people to this note. You can send links inviting people to join a note via email, Twitter, and a host of other services. This allows everyone to edit the note and see the changes in real time. This problem creeps up every year, and it’s likely to be no different with iOS 10. Just give it time – people will be complaining about Wi-Fi and Bluetooth.

Here’s what we’ve done to resolve both Wi-Fi and Bluetooth problems in one fell swoop: Go to Settings > General > Reset > Reset Network Settings. It’s the third option down, and you’ll want to avoid Reset All Settings and Erase All Content and Settings.

By selecting Reset Network Settings you’ll keep your data intact, but your wireless connects will be back to their default settings. That usually solves our issues.

iOS 10 changes the home button functionality now that ‘Slide to Unlock’ is no more. It actually makes you press in on the Touch ID fingerprint sensor.

Is that too much work for you? Apple didn’t seem to think so when it developed iOS 10, but here’s a quick fix in case you want to go back to the old way of unlocking your phone.

This will enable you to open your iPhone or iPad with Touch ID, without having to press the home button any more.

Some iPhone owners are experiencing problems connecting to their mobile network after updating to iOS 10, with their devices either not finding a network, or having greatly reduced reception.

Many people suffering from this are on T-Mobile and the network is aware of the problem and is working on an update that they will push out to customers in the next few days.

If you can’t wait that long, it may be worth trying the solution above, where you downgrade to a previous version of iOS, and then update to iOS 10 via iTunes. No iMessage notifications in iOS 10

If you’ve updated to iOS 10 and notice that you’re no longer getting notifications when you receive an iMessage, check your notification settings by going to Settings > Notifications > Messages.

Make sure all the toggles next to each option are switched on, and that the selected alert style is ‘Banner’.

A new feature in iOS 10 is iMessage effects, which are full screen animations designed to make your iMessage chats more entertaining. These effects include fireworks, lasers, shooting starts and an invisible ink feature.

However, some iOS 10 users are reporting that they cannot see iMessage effects. If you can’t see iMessage effects in iOS 10, the most likely cause of this is that you have the ‘Reduce Motion’ option turned on. While this option is useful for saving the battery life of your iPhone or iPad, or for minimising the effects of motion sickness when using your device when moving, it also prevents iMessage effects from appearing. Device gets hot when charging after iOS 10 update

If you’ve noticed that your iPhone or iPad has started to heat up when charging after being updating to iOS 10, don’t panic.

Even though it doesn’t look like it, iOS 10 may still be updating apps in the background immediately after the update, so when it’s being charged it may run hotter than usual.

Give it time, and hopefully your iPhone or iPad will return to normal temperatures when charging.

Some iPhone owners are reporting that when trying to sync photo albums from their Macs to their iPhones running iOS 10, the photos sync to the device, but their respective albums aren’t showing.

So, while the photos are on the iPhone, they can be difficult to find, as they’re no longer sorted in the albums they usually appear in.

One user on the Apple Support forum found that by opening a folder on their Mac called ‘iPhone’ they found lots of subfolders containing photos. Usually this folder and its subfolders get synced. To fix the problem, they added two new subfolders into the iPhone folder and tried to sync – and it worked, with all the albums then appearing as they should in iOS 10.

A common problem with iOS 10 involves songs in playlists created in iTunes not appearing on the iPhone.

This problem mainly involved Smart Playlists, and although they appear on phones, they now look empty.

To fix this problem plug in your iPhone and open iTunes. Select your device and uncheck all playlists to stop them syncing. Apply the changes, then check the boxes to sync the playlists and they should now appear on your iPhone after the sync process has finished.

How to Backup iPhone/iPad/iPod with iOS 10

Mobile Data Transfer is a utility which we developed for the backup and restore of iPhone and iPad in a more flexible way. Like iTunes, on one hand, it backs up almost everythings on your iOS 10 devices with one click; on the other hand, it won’t erase any data on your device while performing restore.

In fact, Syncios will let you select 12 different categories of files through an easy-to-use menu interface: photos, Contacts, Messages , notes, calendars, ebooks, call histories, music, Video, and lots of others. You can directly select the individual files you want to restore, or select them in batches.