How to fix a phone that won’t charge properly 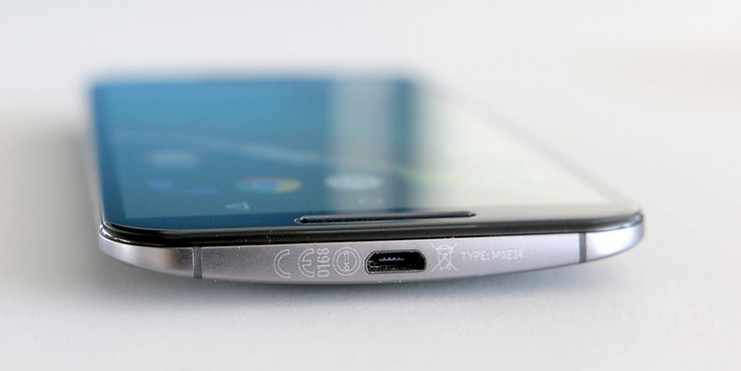 Why a phone doesn’t charge

The problem occurs in various degrees. Either your phone won’t charge at all when it is plugged in, or it will only charge very slowly (sometimes barely faster than it is discharging). It’s a very common complaint, so here are a few solutions.

The quickest, easiest, and often most successful solution, is to do a little DIY repair on your actual hardware. The problem is often that the metallic surfaces inside the USB port and the microUSB charger are not making good contact, either through a manufacturing defect or because of the continual plugging and unplugging of the charging cable.

All you need to do is shut down your device, remove the battery if possible and use something small, such as a toothpick, to ‘lever up’ the little tab inside the USB port on your smartphone or tablet. Do so very carefully and gently, then reinsert your battery and plug it in again. Nine times out of 10 this is all that is required. Do you keep your phone in the pocket of your jeans? If so, lint could be the culprit: we’ve lost track of the number of times the reason for unreliable USB charging turned out to be lint from the pocket of our Levis.

We’ve seen phones with charging ports choked with chocolate after they were chucked in a handbag alongside a packet of sweets. A can of compressed air can blow out the offending irritants and get your USB connection back to normal.

The flimsiest part of a charger is the cable, not the adapter that plugs into the wall socket. Apple users are particularly vulnerable here because Apple’s proprietary (and expensive) Lightning cables appear to have a life expectancy of around 15 minutes. But all cables have a tough life, and endless flexing and curling can take its toll. Substituting a random USB cable for the one that came with your phone is another shortcut to an unenjoyable charging experience.

The easiest way to diagnose a faulty cable is to try a different one and see if that works properly with your device. If it does, you know the original cable was at fault. If it doesn’t, that’s another potential villain we’ve ruled out.

If the cable doesn’t seem to be the problem, check the wall plug adapter – especially if it’s one where the charging cable can be removed. We’ve encountered issues in multiple chargers where the USB port becomes a little loose after endlessly plugging in and unplugging the cable.

Also check whether the same charger/cable combination works on a different device because this will help you eliminate the possibility that it is your device at fault, rather than the cable or charger. You should also make sure there isn’t a problem with your wall socket.

Don’t charge your phone near water or in excessively hot or humid conditions. Also, if you’re replacing a charger or cable, be wary: the internet is stuffed with reports of cheap third-party chargers that went bang in the middle of the night or turned smartphones into toast. As with any electrical equipment, make sure that anything you buy complies with all the relevant safety standards.

Modern smartphones have measures in place to prevent damage when batteries continue to be charged at 100 percent capacity. That said, charging a battery does generate heat and, if a smartphone is in a tight space – like under a pillow or inside a case – there is a chance it could become too hot. Essentially, if you’re going to charge your phone overnight, just make sure it’s out in a safe place.

Batteries don’t last forever, and after a couple of years they start to struggle to hold a charge. The more often you discharge and recharge them, the sooner they’ll need replacing. If your battery’s busted after just six months, it’s probably faulty and you should make a warranty claim for a free replacement, but if the battery’s older than two years, it’s probably approaching the end of its lifespan.

Some defective batteries are easy to spot because they start to bulge or leak fluid. If nothing like that is obvious from the outside, remove your device’s cover and inspect the battery (if you can; some devices have sealed battery compartments).

If the cover doesn’t come off, you could try laying the device on its back and spinning it. A bulging battery will deform the case – you might not be able to see this bulge, but it might be enough to allow your phone to spin. If you suspect your battery might be swollen or leaking, get your phone to a repair shop and buy a reputable replacement.

7. Charge from the right source

Charging from a wall socket will always be faster than charging via PC or laptop, because computers’ USB ports don’t deliver very much power. A wall socket can deliver twice as much power as a USB port, and fast chargers it can deliver as much as five times the power – which means much, much faster charging. So if your phone is charging slowly and you’re connected to a laptop: there’s your problem.

If your wall charger doesn’t appear to be delivering the goods, check that it’s appropriate for your device. A charger from another phone might not deliver the right amount of juice — for example, a charger for a Bluetooth headset won’t put out as much power as one designed specifically for smartphones. In the case of recent high-end phones, you might have a phone that supports fast charging but a charger that doesn’t deliver it. Read the fine-print.

8. Update or roll back

Software updates and new Android versions can wreak havoc with your battery life, especially when upgrading an old device to current software. Newer devices are often optimized to take advantage of the latest software, whereas a two-year-old device can struggle when it gets updated.

If this happens to you and you can’t troubleshoot the problem, consider rolling the device back to an earlier Android version, though be warned that this carries security risks. The latest software versions are always recommended to keep your device protected, and while the risk of keeping your smartphone on an older version is often negligible, it’s worth noting.

Similarly, sometimes device battery life can be significantly improved by an update, so if you think you might be way behind on your Android software version, head to Settings > About phone to check for an update.

Using battery-intensive apps/features while you are charging your device will affect how quickly it gains battery life. If you are charging while Skyping somebody at 100 percent brightness, the device will naturally take longer to charge than it would with its screen, Wi-Fi and 4G turned off.

Switch the device to airplane mode, or off completely, when you are charging if you want to see the fastest energy injection. Think of it making your device take a power nap.

Sometimes the battery level your device ‘thinks’ it’s at is wrong. The effect of this is that your phone may function differently, including limiting performance before it needs to or taking an hour to chew through the last two percent of battery.