How Dark Mode Can Extend Battery Life on OLED Phones 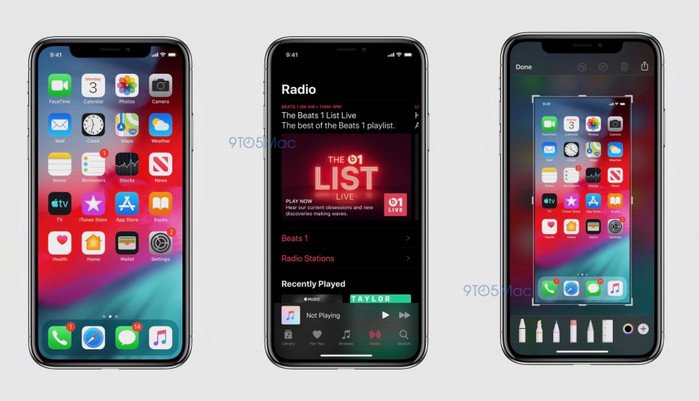 It’s obvious that brighter screens use more electricity, and manually lowering the brightness is a good way to get more battery life out of any mobile device. But that’s only part of the equation. Did you know your phone might last longer if you use apps with darker interfaces? It’s true! And let’s see how dark mode can extend your battery life.

For the most part, phone screens use two different kinds of technology for their screen panels: LCD (liquid crystal display) and OLED (organic light-emitting diode).

LCD screens have been around for a long, long time, and have been the primary technology for electronic displays of all kinds ever since the switch from big, boxy CRT monitors and TVs in the late 90s and early 2000s. Today’s LCD screens use a light-emitting diode (a tiny, electrically-powered light) to shine light through a colored grid of pixels, each one containing red, green, and blue cells. This combination of technology is called LED-LCD, or sometimes just “LED screen” for short. That makes the next bit a little confusing.

An organic LED (OLED) uses a building process that combines both the pixel grid and the backlight into a single element: each pixel is emitting its own light. There are a lot of advantages to this, including superior contrast ratios, more vivid color saturation, and better efficiency. But for our purposes, the big draw is that if a pixel on an OLED screen is displaying a completely black color, it’s actually turned off—that portion of the screen isn’t drawing electricity at all. That’s a huge improvement over a more old-fashioned LCD (and LED-LCD), which needs to power the entire screen no matter what image it’s displaying.

Phone manufacturers know this, and they’ve started to take advantage of it. Motorola got the trend started with its Moto X back in 2012. The phone used an “always on” display mode to show notifications, a clock, and a battery meter, with small white text on an otherwise black screen. The always-on screen used a tiny amount of electricity in this mode, less than 1% an hour, thanks to the power advantages of dark interfaces on an OLED panel. Similar always-on display notification tools are now common on Android phones.

How Much Battery Life Can Dark Interfaces Save?

Having a nearly all-black screen can save a ton of battery life. But of course, using a conventional app means that a good portion of the screen is displaying text or images, and OLEDs don’t have significant power savings unless the pixel they’re showing is completely black. So how much power can you save?

More than you might think. Google explored this question as it was developing a darker look for Android in general and its own apps in particular. According to a presentation Google made to developers at its conference, the new dark mode in YouTube can save between 15% and 60% of battery life versus the typical white-backed user interface, depending on the overall brightness setting of the screen.

That’s a dramatic improvement—enough that Google now includes a dark mode in Android itself, and is adding it to other apps as well. It’s not out of line to say that, if the apps you most commonly use go dark and so does your general user interface, you might see a boost of thirty minutes to an hour in battery life over a typical day’s usage. That’s the difference between fetching an Uber at the end of the evening or making do with whatever cab happens to be passing by. Of course, all of that is contingent upon your phone using an OLED screen instead of an LCD.