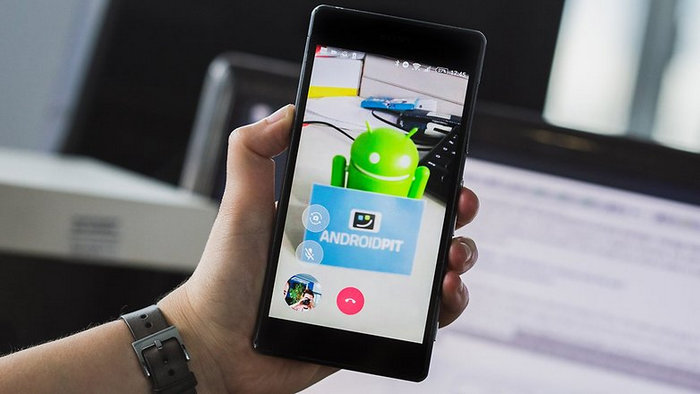 Google officially announced its Duo video chat application at Google I/O 2016, and now it’s being rolled out. We’ve tested the application and concluded that it does its job (video calling) well, but that’s about all. Should you install it?

To make use of Google Duo you will need an active phone number – similar to how WhatsApp operates. You don’t , however, need a Google account. You can download Duo for free at in the Google Play Store.

Duo’s user interface is typical Google: it’s clean and intuitive. When you launch the application you’ll immediately see the camera icon at the bottom and a contacts menu which you can slide up the screen.

If you press the camera button, you can select a contact from your address book to begin a call with. Making calls only works if the person you are calling has a number registered contacts – or you enter the number manually – and they also have Duo installed on their device. During the call, you have the option to switch the camera to the front or rear and mute the microphone. The USP of Duo is that when you make a call, the video will start before the person has answered, meaning the receiver gets a preview of the caller. It’s a good idea and it works.

One of the limitations of Duo, however, is that it can’t be used on more than one device. If you want to use it on a second smartphone or tablet, you would have to register another number.

Google Duo: how much mobile data does it consume?

Duo works with Wi-Fi or mobile data and it includes a setting which limits the consumption of the latter. This option is enabled by default and I advise you keep it that way. Without this in effect, you could easily consume 160 MB of data in just a few minutes. When activated, this function would limit consumption to around 20 or 30 MB. Google promised high image quality when using Duo and, in practice, it has succeeded. However, the quality is not quite as high as we had hoped: if your internet connection is poor, the image will be pixelated and the call could be terminated. It is certainly not a revolution in video call quality.

If you’re wondering why Google has created Duo instead of simply integrating this function directly in Hangouts or why Google has released it when it has another messaging app, Allo, on the way soon, you’re not alone. We have no concrete answers but we can make a few educated guesses. Hangouts has many features but also some limitations – creating an entirely new messaging application is perhaps the best thing Google could do. Maybe Duo is an experiment to determine whether users are ready for a pure video-chat application. If they are not, Google will simply integrate Duo into Allo. Hangouts might start to take focus as a professional messaging application, integrating into Google Docs and Sheets, while Allo and Duo are there to serve users’ more personal needs.

Google Duo is easier to use and more attractive than Apple’s FaceTime app, considered a reference in the field. However, to really compete with FaceTime, the application needs to be usable across multiple devices. That is what Duo is lacking.

Google Duo offers few features, but what it does offer is very well done. Users will appreciate the simplicity of the interface. It is a shame, however, that Duo requires you to make a new account. Simplicity, Duo’s greatest strength, is probably also its greatest weakness. You can’t send text messages or talk with several people at once. You can’t use Duo on several smartphones, tablets or PCs. For this reason, Google has not yet met the requirements to compete with Skype or FaceTime.

Read also: How to backup Apps on Android phone and tablet?