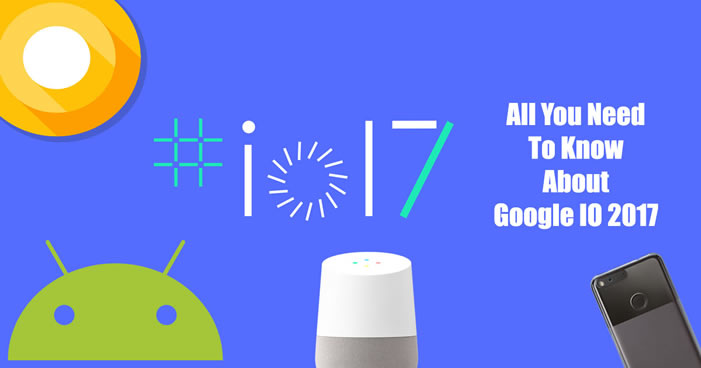 The day one keynote here at Google IO 2017 has just wrapped up and as expected, it was filled with lots of announcements. If you’re looking for a place to find just the highlights, you’ve come to the right place.

Similar to last year’s presentation, machine learning, AI and using your voice to get things done took the front seat at IO 2017. But of course, there were other big moments, too.

Let’s start with the elephant in the room. No, we still don’t know what the “O” stands for, but we do know more about what we can expect in the full release of the operating system later this Summer.

First off, Google announced that Android O has leveled up to beta status, which means that it’s now more stable than it used to be and better yet, it’s even easier to download it on your compatible device.

The highlights for what Google showed us today include faster boot times, contextual options that make navigation easier and an awesome new picture-in-picture mode.

Your camera isn’t just merely a camera anymore. With Google Lens injected into smartphones starting later this year, you’ll be able to take more unforgettable shots thanks to machine learning capabilities. Is your subject obscured by an object in the foreground? Google Lens can wipe it out automagically, as is illustrated in the image above.

What’s more, your photos will be packed with data that can be parsed through by Lens. Stuff like the address of the restaurant shown in the background will be easily accessible thanks to Google’s new smart camera software technology.

Until now, comparing Google’s Daydream VR to Samsung Gear VR has been fair. But today, they stand in two different playing fields.

Google announced that it’s working on a reference Daydream headset in collaboration with Qualcomm that doesn’t require a phone to use. Instead, all of the power will be stocked inside of the headset, including all of the sensors that can track your movements.

In a surprise move, HTC announced that it has a Vive-branded all-in-one headset coming that will support Daydream. Lenovo has a headset coming as well, and Google stated that other manufacturers are expected to follow suit.

All said, Google still has love for those with the Daydream View headset. It announced that LG’s next flagship phone (maybe the LG V30) as well as 2017’s hottest smartphone duo, the Samsung Galaxy S8 and Samsung Galaxy S8 Plus, will be Daydream-compatible soon.

The Google Assistant stole the spotlight at last year’s presentation and it just about did this year as well.

It can now do things, powered by Google Lens, like translate text in other languages on the fly. You could previously do this with Google Translate and other third-party apps, but it will soon be an app-free benefit.

Next, Google will soon enable you to write text to the Assistant for those moments when shouting at it isn’t an option. It’s also more media-savvy and rich with capabilities on Google Home, aligning it more with Amazon Echo and even beyond in some cases.

Google also announced that the Assistant is coming to iOS, which is a huge deal. Siri was already in competition, but now that they can co-exist on the same device, Apple had better put all of its eggs in showing up Google’s virtual assistant at WWDC 2017.

Google announced that it’s bringing a version of Android that’s less demanding to budget phones in 2018. It’s called Android Go and it will allow smartphones with even as little as 512MB to 1GB of RAM to use the latest and greatest in Android software.

Similar to Google’s Android One initiative, which brings stock Android to developing nations where quality options are scarce, Android Go will bring a similar approach to phones on a seemingly global scale.

Wiping away the notion that Android O is only for the flashiest smartphones, Google is positioning its latest software to be a very scalable solution for people across a wide range of income levels.