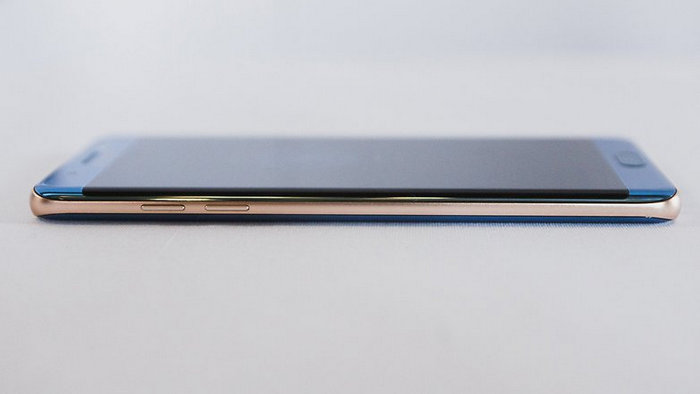 Pre-orders for the Galaxy Note 7 have been the strongest of any Galaxy device, early reports are indicating. Samsung’s new flagship phablet was announced on August 2 and, with pre-orders hitting 200,000 since launch day, this puts the Note 7 at double the number of pre-orders for the Galaxy S7 after the same time period after launch.
The news comes courtesy of the Korea Herald, reporting that this is a sales record for Samsung. We aren’t completely surprised, considering we found it to be an overall impressive phone in our hands-on review. One of the reasons for the strong sales, according to the Korea Herald, is that Samsung marketed the Note 7 aggressively. However, this is nothing new – the South Korean manufacturer splashes out for the launch of every flagship device.

Samsung splashes out for the launch of every flagship

There are some perks that buyers of the Note 7 also get which probably contribute to the strong sales. These include a Gear Fit 2 fitness band, worth $177, thrown in for free, along with half-price repair costs for broken displays. If that wasn’t enough, there’s even a $90 gift card that can be used at the Samsung Pay Mall.

This is a crucial time of year for Samsung. With its second flagship of 2016 now on the market, it’s almost iPhone time. iPhone 7 time, to be exact. It’s important for Samsung to generate as much hype and sell as many phones as possible before Apple releases its new iPhones, with end-of-year sales for the US brand consuming the lion’s share of all smartphones across the industry.