Forget the iPhone 6s, Is Apple Planning an iPhone 6c? 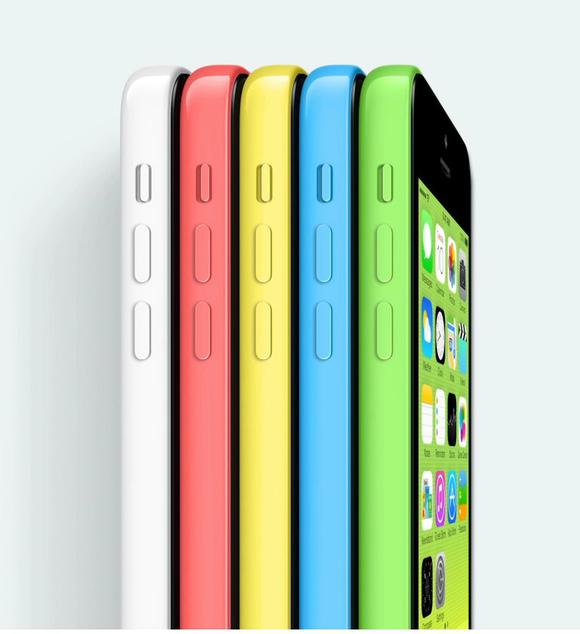 New products are on the forefront of every Apple (NASDAQ: AAPL ) investor’s mind it seems these days.

With the upcoming release of the long-awaited Apple Watch, Apple will push into a new device category that investors hope will help position the world’s largest technology company to grow for the rest of the decade.

However, even as its product portfolio proliferates in the years to come, Apple’s financial performance will likely remain levered to its uber-profitable iPhone business in the near term. And in considering the device’s evolution in the next few years, a rumor recently surfaced that Apple plans to return to an old tactic for its next generation of iPhones.

Is Apple planning an iPhone 6c?
The tech world took note last week when tech site VentureBeat broke news of a new deal in which struggling semiconductor heavyweight Intel (NASDAQ: INTC  ) would provide some of the chips for Apple’s 2016 iPhone lineup.

Here’s where things get ambiguous though. 2016 will mark the next year Apple’s iPhone should receive a form factor upgrade, so it’s not entirely clear whether Apple would roll out this new phone earlier in the year or wait until the iPhone’s traditional launch period in mid-September. It could simply be a matter of semantics with this new iPhone arriving later this year and being on sale for the bulk of calendar year 2016.

What’s clear though is that such an event would be a win for Intel. Intel has been trying for years to break into the booming market for mobile chips, particularly with Apple. Citing two sources familiar with the matter, VentureBeat reported that Intel will provide the wireless chips for a special upcoming iPhone that will be targeted for emerging market consumers in Latin America and Asia. This is what gives rise to the idea of an iPhone 6c.

iPhone 5c: A misunderstood history
Apple fragmented its iPhone lineup in 2013 with the concurrent rollout of the iPhone 5s and the more affordable iPhone 5c. While Apple doesn’t break out iPhone sales by specific model, the iPhone 5c was largely labeled a failure by the media. However, it’s not entirely clear the iPhone 5c was as strategically shoddy as the common refrain suggests.

A key part of parsing the iPhone 5c’s misunderstood place in Apple’s history stems from failing to appreciate the role it played within the device lineup in 2013. Apple’s device strategy typically relies on a three-tiered system, with the newest iPhone claiming the most expensive primary spot at a $199 on-contract sticker price. The prior year’s device then costs $99 with a two-year contract, and lastly the iPhone from two years before is free with a contract.

Viewed this way, the iPhone 5c changes roles from a DOA attempt to break into the lower echelons of the smartphone market without damaging Apple’s brand into a clever way for Apple’s to pad its margins during the holdover year before the iPhone 6.

Although there aren’t many when it comes to Apple, one of my primary concerns in trying to size up possible risk factors at the company is the potential growth slowdown looming large in fiscal 2016. However, launching a two-tiered lineup of iPhones in that fiscal year could be a great way for Apple to cushion its margins while potentially bringing first-time smartphone buyers in Latin America and Asia into the tech giant’s “Hotel California-esque” ecosystem.

The Apple Watch and other new devices should help Apple overcome the likely daunting year-over-year growth comps it will face next year. The company can also use other non-product initiatives, such as its capital return efforts, to further bolster earnings-per-share growth and keep the stock price on the up-and-up. Plus, in light of this recent news concerning Apple and Intel, the idea of Apple returning with an iPhone 6c in the next year or so doesn’t sound as unappealing as it might at first glance.

Reference: The Motley Fool
You can follow Syncios on Twitter, Facebook for more tips and tricks.
Recommend: Do you still feel sad about deleting iPhone data by accident, do not worry. If you would like to recover your iPhone data to PC, you can try this perfect data recovery tool SynciOS Data Recovery for Win to recover photos, messages on your iPhone, iPad or iPod Touch, as well as contacts, reminders, calendars, bookmarks, videos, notes, call history, voice memos and other files. Simply download and have a try.