BlackBerry gives up on building phones 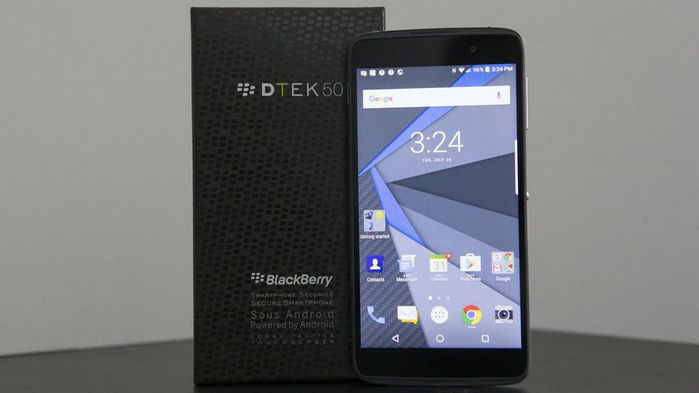 It’s the end of an era: Canada’s BlackBerry has announced it will stop building hardware altogether, focusing instead on its software and services business.
“The company plans to end all internal hardware development and will outsource that function to partners,” Blackberry CEO John Chen said in the company’s latest financial statement.
BlackBerry’s latest phone, the DTEK50, was, in fact, built by Alcatel, and with no new BlackBerry phones on the horizon, the move wasn’t hard to predict. But if it’s not going to build phones, what will BlackBerry do? Software, mostly. And according to Chen, the strategy is already working.
“The company plans to end all internal hardware development and will outsource that function to partners. This allows us to reduce capital requirements and enhance return on invested capital.” Chen said in the statement.
This doesn’t necessarily mean we will never see a BlackBerry phone again, but if we do, it will be built by another company — likely Indonesia-based BB Merah Putih, currently the company’s only announced hardware partner. That said, the company has no announced devices of any kind at the moment.
There’s no question that BlackBerry is a very different company than it was in the late aughts, when it was still called RIM, and when it held nearly 40 percent of the global smartphone market. Apple’s iOS and Android slowly took over, and BlackBerry reacted slowly and clumsily — first with the Z10 in 2013, its first phone without a physical keyboard, and then by giving up on its BlackBerry OS mobile platform in 2015 and switching to a modified version of Android.
The company’s efforts to switch to software and services with a strong focus on security are bearing some fruit, but the way things are looking right now, the giant BlackBerry of old is gone forever.