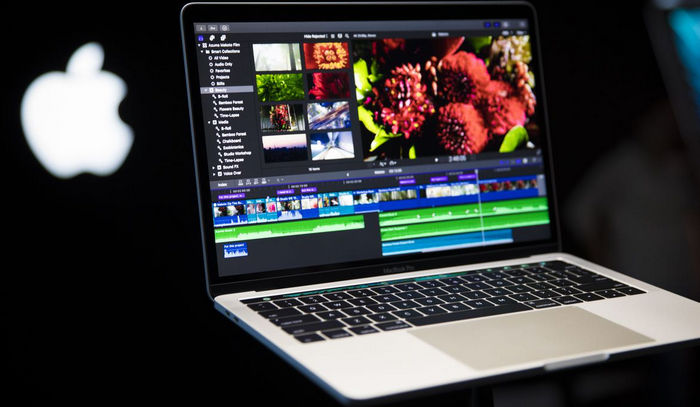 Apple on Thursday revealed its newest MacBook Pro laptop, which includes a new interactive, customizable touch strip above the keyboard called Touch Bar.
Instead of including a full-blown touchscreen like most new Windows computers, Apple offered up the Touch Bar. The bar lights up with a menu of buttons, control sliders, dials and tools, which change with the app you’re using. Taking the place of function keys, the Touch Bar brings up autofill choices as you type, lets you edit videos in Final Cut Pro or straighten photos in the Photos app. Users can also customize the Touch Bar by dragging and dropping new tools into it.
The new MacBook Pro is also the first Mac to include Touch ID. That feature was added right into the Touch Bar where the power button has been located. It allows users to log into their devices with their thumbprints (you can also have multiple accounts for shared family computers) and securely pay for items online with Apple Pay.

There are two sizes of the new MacBook Pro. The 13-inch model of the MacBook Pro is 14.9mm thick, weighs 3 pounds and starts at $1,799. The 15-inch model is 15.5mm thick, weighs 4 pounds and starts at $2,399. That’s compared to 18mm for the previous 13- and 15-inch Pros, which were both about a half pound heavier than their replacements.
There is also another 13-inch MacBook Pro without Touch Bar and Touch ID, priced at $1,499. While Apple will continue to produce the 13-inch MacBook Air, it positioned this lower-tier MacBook Pro as a potential replacement.
Additionally, the new MacBook Pros include larger trackpads, refined keyboard designs, brighter displays that consume less energy, and redesigned speakers. Overall, the new MacBooks have about 10 hours of battery life, equal to the older 13-inch MacBook Pros and an hour longer than the older 15-inch machines.

Read also: How to Backup iPhone 7/7 Plus on Mac?