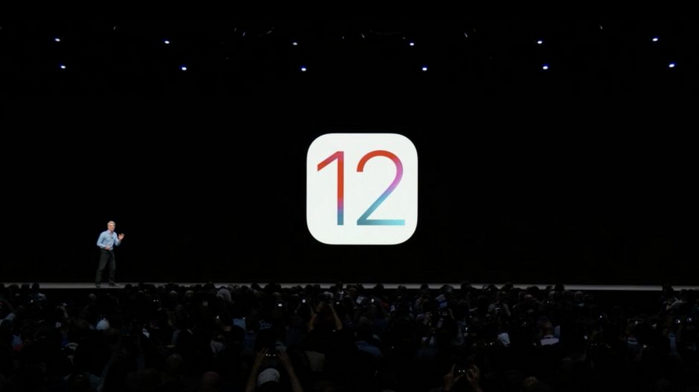 Apple has officially announced iOS 12 for iPhone and iPad at its annual Worldwide Developer Conference in San Jose. The new update will be available this fall and it will be available to all devices which currently have iOS 11, which means the iPhone 5s and later will be getting the updateas well as the iPad released since 2013. And now there is an developer beta version available.

With iOS 12, Apple has focused big time on performance and that’s the first major improvement. Apple claims that now Apps launch is 40% faster, keyboard can appear 50% faster, and slide to take photo can be up to 70%.

Photos is now getting improved Search with Search Suggestions. You can search by activities, events, locations, vacations, items. Apparently, you can now search by almost anything – even broad terms like museum, office, bar. For You tab now available in Photos, includes Memories, featured photos, effect suggestions, and shared album activity.

Siri is getting a new feature of shortcuts. lets any app expose quick actions to Siri, for example Tile app can expose an option to add a phrase to Siri like I lost my keys. There is a new Shortcuts app to help you create all shortcuts involving various apps. Siri can now suggest app actions on the lock screen like ordering coffee in an app or starting a workout.

Do Not Disturb will now hide alerts during bedtime hours, a new good morning lock screen feature will show weather info and dismiss button to enable alerts again. DND now has ending times based on time, location, and calendar events.

Notifications now features Instant Tuning option to control alerts from the banner, Siri will recommend turning off alerts for unused apps, alerts can now be grouped by apps/topic/thread with new style.

Screen Time is a new feature that gives you a weekly summary of how you’ve used your iPhone or iPad, detailed by category with time, charts, how often iPhone or iPad is picked up, and which apps are sending the most alerts. Apple thinks useful for all users, especially kids, parents can receive activity reports from kid’s device on parent device, parents can create allowances. Downtime will let parents limit app usage by time, by category, and green light specific apps for anytime.

Messages and FaceTime updates. Animoji now features tongue detection, works with all characters, new Animoji include ghost, khoala, tiger, and t-rex. Memoji is a new personalized Animoji based on your appearance (as you set it), includes lots of diverse options for customizing Memoji. FaceTime gaining group calling, supports up to 32 users, integrated into Messages app, users can exit and join, the UI dynamically changes who is shown largest based on who is speaking.