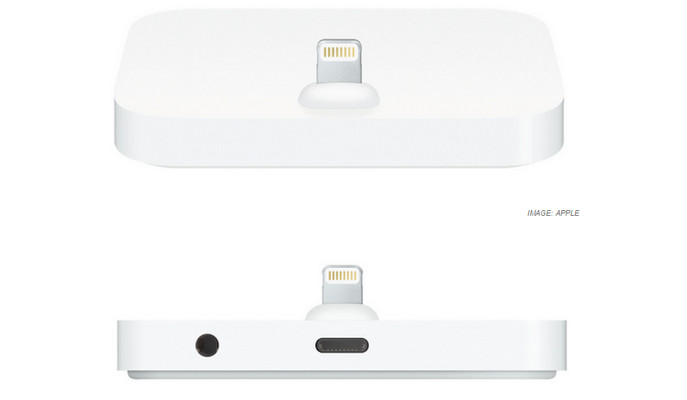 If you wanted to charge your iPhone 6 or iPhone 6 Plus in a dock, your only choices for devices have been from third parties — until now, that is.

Apple began selling a Lightning dock of its own on Tuesday. The $40 accessory is up for grabs online, although there’s currently a one-to-three-day wait. The dock, which also charges the iPhone 5, iPhone 5S, iPhone 5C and fifth-generation iPod touch, is also available at Apple stores, though most locations already appear to have sold out.

The plastic, all-white base is designed in such a way that phones don’t have to slide into any sort of molded groove or slot, meaning it should work for future iPhone models, too, or at least ones that need a Lightning connector for juice.

While the dock is a welcome addition, its tardy arrival comes about 9 months after the iPhone 6 and iPhone 6 Plus hit shelves. It’s also not the cheapest of its kind, with some third-party solutions starting around $10, however many of them are designed with one or two iPhone models in mind. So better late than never?