Apple just released the second iOS 12.4 developer beta today, May 20, five days after the release of the first developer beta for iOS 12.4 and one week after the public release of iOS 12.3. In general, the iOS 12.4 update will support Apple Card, Apple’s upcoming credit card due out this summer.

We don’t know yet whether or not iOS 12.4 dev beta 2 adds any new features to iOS 12.4 as a whole. However, we do know that public beta 2 is out. Apple skipped a public beta for iOS 12.4 beta 1, surprising since the iOS 12.3 public beta 1 came just one day after the developer version.

Other than preemptive support for Apple Card, we haven’t found any new features in iOS 12.4, and we don’t know what bug fixes it may contain (if any). The release notes are identical to dev beta 1, both of which offer little in the way of detail. That’s normal for the first beta of a point update, but now that we’re on beta 2, we hope to see more information in the beta releases to come.

Check out the release notes for beta 2 below:

Learn more: How to Backup iPhone and iPad before Upgrading to iOS 12

To download and update your iPhone to iOS 12.4 dev beta 2, you will first need to be a registered developer with a valid configuration profile. If you have iOS 12’s “Automatic Updates” enabled, you can let the software update overnight. To install right away, launch the Settings app, select “General,” then “Software Update.” Tap “Download and Install,” then follow the on-screen prompts. 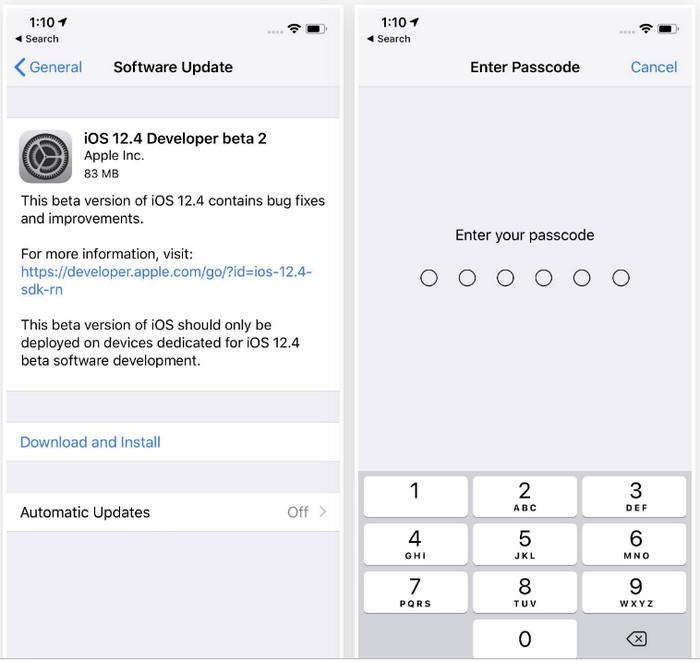