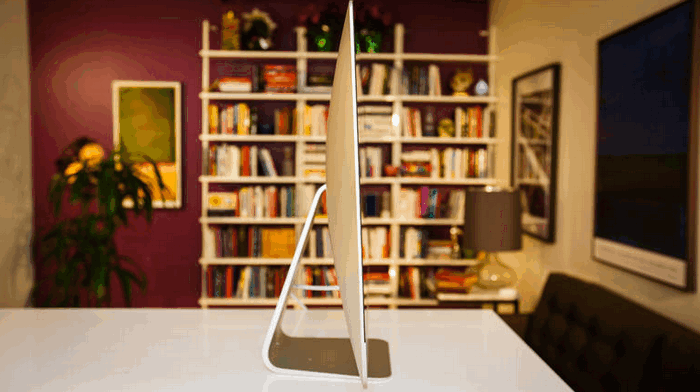 Apple has updated the 27-inch version of its all-in-one iMac with the 5K Retina display with a new lower-cost configuration and a price drop for the original version. The system originally launched at $2,499 in the US in October 2014. The new entry-level configuration starts at $1,999 (a hefty AU$2,799), and the original version has seen its price drop to $2,299 (AU$3,199). (Pricing in the UK has not yet been announced.)

Both still use last year’s fourth-gen Intel Core i-series processors, rather than switching to Intel’s fifth-generation of Core i-series CPUs, also known by the codename Broadwell. The same is true for the updated 15-inch MacBook Pro launched alongside this, although that laptop also gets the new Force Touch trackpad.

The biggest difference between the two 5K iMac configurations is the CPU clock speed and included graphics card, with a 3.5GHz CPU and an AMD Radeon R9 M290X in the higher-end version and a slower 3.3GHz Core i5 and standard AMD R9 M290 in the less-expensive one. The new, lower-end iMac also has a standard 1TB hard drive, not the hybrid drive found in the original model.

The physical design remains the same as Apple’s non-5K iMacs, just 5mm thick at the edge, gently bowing out in the back that looks so amazingly thin from the correct angle. As we noted in our review of the first version of this all-in-one desktop, the 5,120×2,880 display is simply stunning, especially when displaying high-res full-screen photos and video.

Testing the 5K display on the 2014 version of this system, which appears to be unchanged here, we said: “No matter how close we got, no pixels were visible on the 5K Retina display. From our hands-on, and eyes-on, testing, it’s clear that there is a measurable difference between the 5K Retina display, and the 2,560×1,440 display on the previous (and still available) non-5K model.”

The new 27-inch iMac with Retina display is available to order now in the US, and currently showing a ship time of one to three days. We’ll update this post with international price and ship dates when available.